Cool: Retro posters for Up by Paul Conrad (via The Beat). # 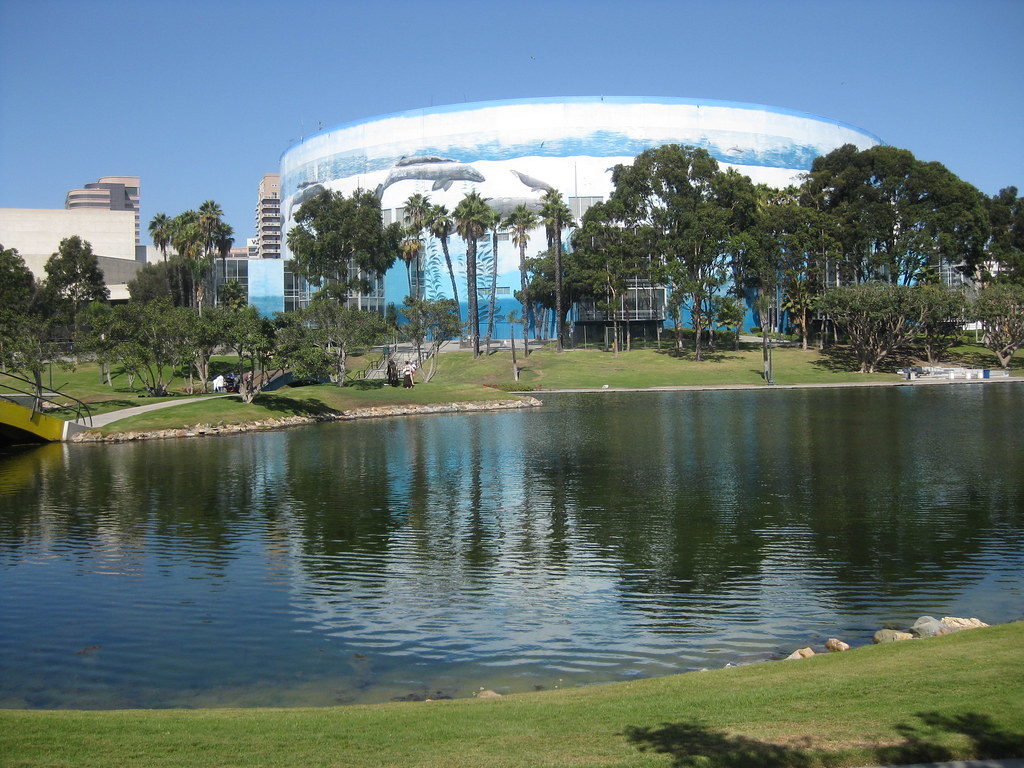 An artificial lagoon on the seaward side of the Long Beach Convention Center. I was there this past Saturday for the first Long Beach Comic Con and did some sightseeing.

I’ve got more photos, both of the convention and sightseeing, and a write-up of the con.

Reusable Cover Art in Historical Novels: A Gallery. A lot of them are clearly using classical paintings, but some of them are photographs or even modern-style art. What’s especially interesting are the covers which used the same source material, but altered it subtly: adding a headband or a pendant, replacing a bedframe, etc.

The Rap Sheet has even more examples.

The Value of Space Exploration, via Phil Plait’s response.

Neil Gaiman on The Fairy Feller’s Master Stroke, a painting by a madman that’s inspired its share of stories.

And from Comics Worth Reading, our WTF entry for the day: Paradise by the GoPhone Light. It’s a commercial done in the style of a music video, featuring Meat Loaf and Tiffany as the parents of a kid who wants a GoPhone. Completely surreal, especially once the random explosions start.

It’s just occurred to me that, aside from it being some sort of cell phone, I have no idea what a GoPhone is. [/me types “gophone” into Google] Ah, OK. Pre-paid cellphone. Meh. (And now I’m imagining how much spam is going to get posted to this thread. *sigh* )

I’d known that artist Roy Lichtenstein‘s most famous works were done in the style of gigantic comic book panels. Something I didn’t know was that many of those paintings weren’t just in the style of comic panels, but were blown-up copies of specific panels from actual comic books (done, of course, by other artists).

An art teacher named David Barsalou has been tracking down the originals. He has a website, Deconstructing Lichtenstein, which displays dozens of actual comic panels side by side with the corresponding Lichtenstein paintings.

Some are nearly exact. Some depart a bit more, but many of those actually keep the same dialogue or narration. And yet, somehow Lichtenstein’s work has been hailed for decades as “original.”

(via A Distant Soil)