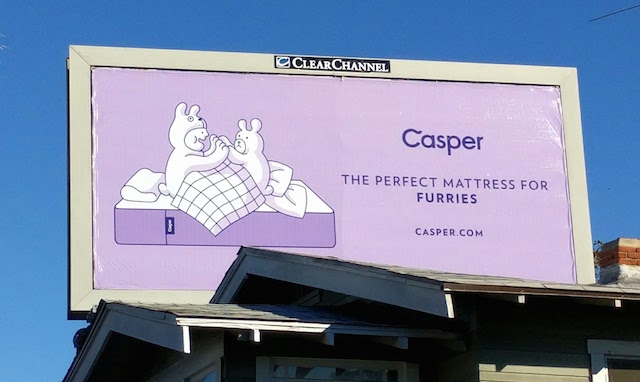 I’ve been driving past this billboard on PCH all week. I can only assume it’s part of a series of “The perfect mattress for ____” ads. Either that or they’re going for some serious niche marketing.

This sign pairing has been there for years, and we finally picked up enough round tuits to snap a photo of it.

Usually we try to catch funny signs like this as soon as possible. You can bet M’hael’s wasn’t up for very long. But sometimes, as in this case, it’s not something broken, it’s just something odd, and it sticks around for a while.

Even so, we’ve missed a few.

The one that started Katie off on this was a demolished restaurant with only a port-a-potty left standing…and a sign saying “Ask about our banquet facilities.”

I drove past “Victory Foam” every morning for a year and never stopped for it.

Someone scrawled “Life is full of bumps” in loopy text inside the Sepulveda Tunnel under LAX, and I spent months trying to decide if there was a good way to stop safely, or walk in on foot.

KFC swapped out their “Hot & fresh breast meal” really fast, but at least we caught the Hot & Fresh Strips meal!

On a similar note, there was a car billboard on the freeway advertising “The four-crotch crotch rocket.” And a restaurant called “Seaman’s Inn” that Katie saw on a family vacation and couldn’t even comment on it.

It took a decade to catch another “ELF STORAGE” after missing the first one.

Just last month I missed the local Round Table’s Back to the Future reference by a day. (It was a week before the actual date, and I figured they’d keep it up that long. I came back the next day and it had been replaced by a new quote.) 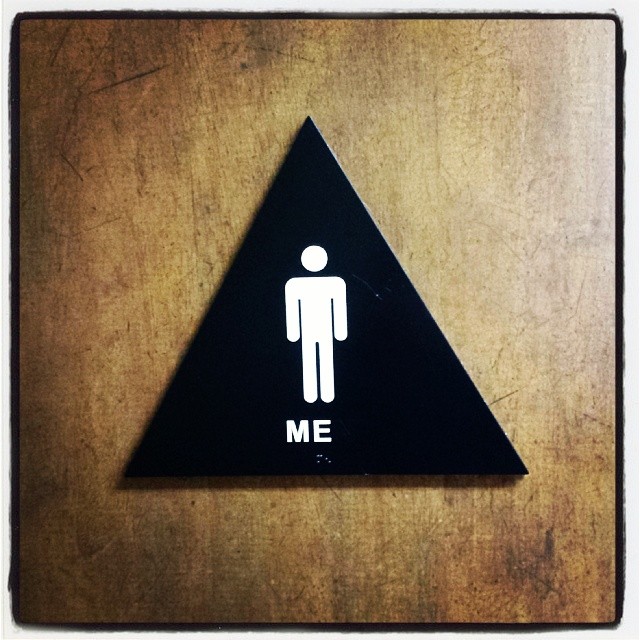 Someone had fun with this sign. Several someones, I suspect.

At first it seemed oddly specific. Why have a restroom for just ME?

A hand-painted N fixed it…until someone else scraped off the remaining letters. Now it just says N… END_OF_DOCUMENT_TOKEN_TO_BE_REPLACED 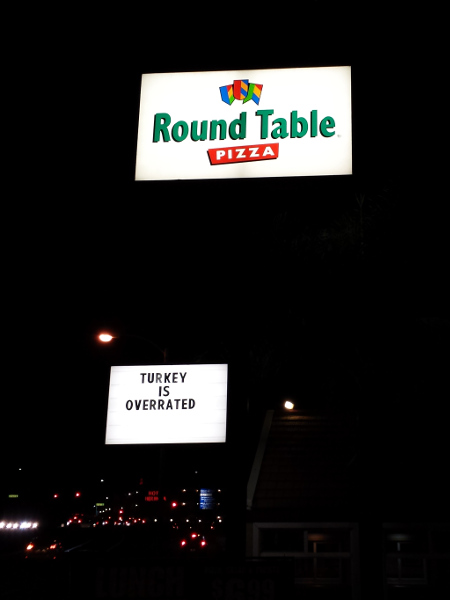 Surely this is an unbiased opinion. 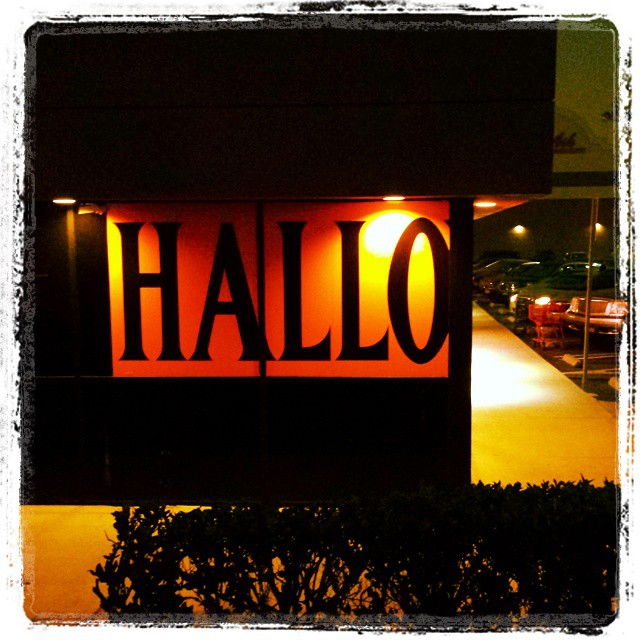 “Did you say Hello?”

“No, I said Hallo, but that’s close enough.”