After several years of inactivity and a quiet relaunch earlier this year, the Dillo web browser has finally released Dillo 2.0.

The open-source project started in 1999 with the goal of creating a small, fast, highly efficient graphical web browser that could run well even on low-end hardware and software. It’s a UNIX application, and runs on Linux, BSD, Solaris, etc. Things stagnated when it became clear that GTK1 was going to vanish, and GTK2 would not fit the project goals, and eventually the browser was ported to the Fast Light Toolkit (FLTK).

If you’ve used Dillo before, some of the improvements in this release are multiple character set support (the old versions were Latin-1–only), tabbed browsing, HTTP compression, anti-aliasing, improved rendering and UI, and smaller(!) memory usage.

It does have its limitations, and a few major items stand out as missing when compared to other modern browsers:

That said, it’s useful to keep around on an older system, or for situations where speed is more important than rendering, or to test how a website works without styles, scripts, and plugins.

I started building RPMs of Dillo for my own use back in 2002, and became the official RPM packager for the project the following year. I’ve posted Dillo RPM packages for Fedora 9, RHEL 3, RHEL 4, and RHEL 5. Other distros will have to wait until I get my build system out of storage or figure out how to convince mock to let me build two packages together.

You may have seen my website, the Alternative Browser Alliance. I put it together in 2005, when flame wars between Opera users and Firefox users were at their height, to show that we shared a common goal: opening the web. The most popular page on the site is a list of web browsers, which is linked as a resource from a number of sites and also gets a steady stream of traffic from people searching for alternative browsers.

Of course, things have changed a lot since 2005, so I’m planning an overhaul of the whole site. END_OF_DOCUMENT_TOKEN_TO_BE_REPLACED 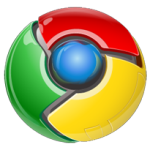 Now that it’s live, I’ve downloaded the Google Chrome beta on my Windows box at work.  Thoughts so far:

Firefox: The new release candidate Firefox 3 RC2 is out. No date yet on the official launch, but they’re still saying June. Also, developers are starting to talk work that’s gone into what will become Firefox 3.1, such as completing CSS3 selectors support.

Opera: A new Opera 9.5 preview came out today, showcasing the browser’s new look. Also, the Opera Core team takes a look at what you can do if you put hardware acceleration on the whole browser.

Internet Explorer: IE8 beta 2 is scheduled for August. I’m looking forward to seeing what they’ve done, and figure I’ll start updating sites to accommodate changes. I held off changing too much when IE8b1 came out, because some of the differences were obviously bugs (triggering the Caio Hack, for instance; and yes, I reported it).

Flock has been moving ahead with small, rapid releases, adding integration for new services each time. They just added Digg and Pownce in Flock 1.2 a few days ago. Now they’re getting ready to start on Flock 2.0, which will merge in all the new capabilities of Firefox 3. That means it’ll get new rendering capabilities, better memory management, probably EV certs and such.

Last October I wrote about some milestones in web browser marketshare. Specifically, I was looking forward to IE7 overtaking IE6, and to Firefox overtaking IE6. Well, both of those have finally happened, at least on this site, and a little more besides. Take a look at these stats from May 2008:

Back when I wrote the original post, I had a series of 5 or 6 milestones in mind, but decided to keep it simple and only post the first two. The next one after Firefox passing IE6 was for Firefox 2+ to pass IE6. I should have been checking in more frequently, since it already has.

So what’s next? Well, I expect to see the following in the next year or two:

Things I’d like to see, but am less confident about in the near-term:

Of course, these will probably all happen faster locally than globally, since the audience seems to skew slightly toward the alternatives, but then local stats are the ones that actually matter for a specific site.