One of the problems with photographing clouds is that you can’t run and grab a better camera. You have to shoot with what you have, or they’ll change configuration and quite possibly look completely different by the time you get back.

As I left for a late lunch today, I saw a set of half-discs stacked together, with a long trail stretching off to the left. We don’t see lenticular clouds that often in this area, so I stopped the car, grabbed my cell phone and aimed it out the window. 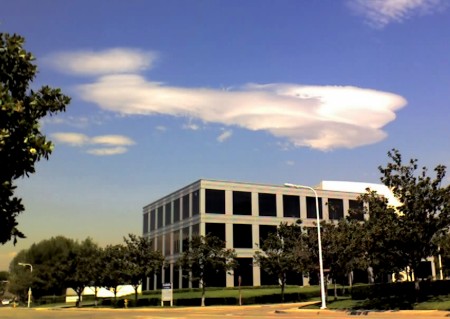 The Santa Ana Mountains are hidden behind the office buildings, and are probably the cause of the cloud formation.

Unfortunately, the detail isn’t that great. I tried to enhance the image a bit, but it looks like the brightest parts of the cloud overwhelmed the sensor. This is at the camera’s native resolution: 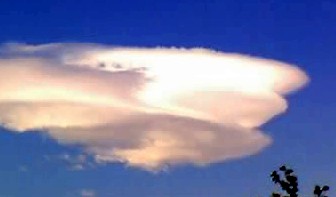 Update: Spotted some more interesting cloud formations later in the afternoon. These streamlined clouds were visible around 6:00 as I left work (with a better camera!): 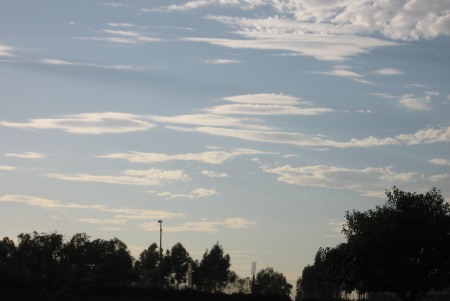 And, on the drive home, another example of taking the shot when you can. Unfortunately there were phone lines in the way and nowhere to park. (I drove, Katie snapped.) But I really like the golden ray effect of the sunlight streaming past the clouds. 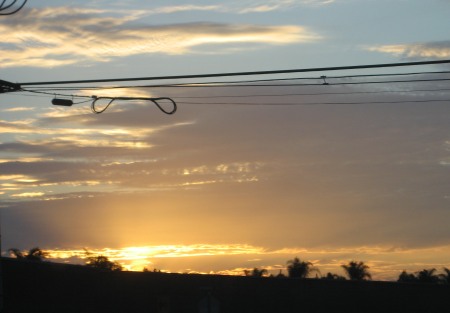 3 thoughts on “Lenticular Cloud Over Irvine”