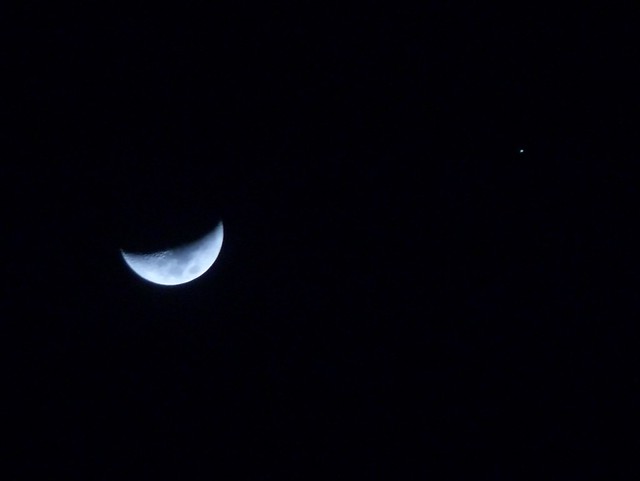 Yesterday I looked at the moon and Jupiter and thought, there’s going to be another conjunction tomorrow, isn’t there? Then I forgot, but fortunately I had to make a grocery run and looked up. 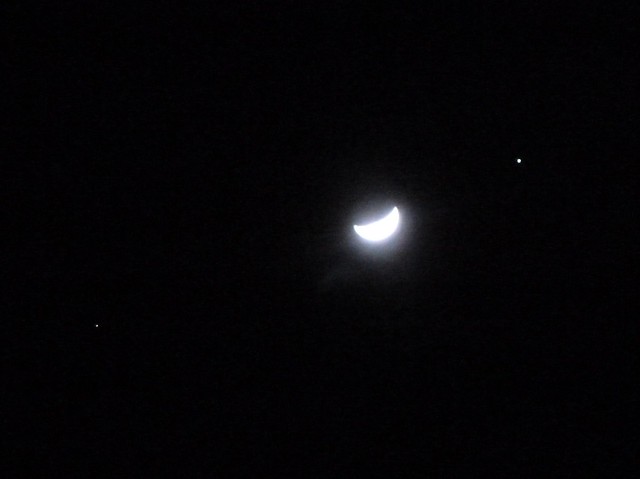 For this second shot, I zoomed out and let it overexpose the moon so I could get the bright star Aldebaran in the photo as well. It was a bit easier than the really good one in January, because the crescent moon isn’t as bright (less area shining at us), so it didn’t overwhelm the stars and planet quite so thoroughly.

As I post this, it’s been about half an hour, so if you’re in the western half of North America and the sky is clear, you can walk outside RIGHT NOW and see this!