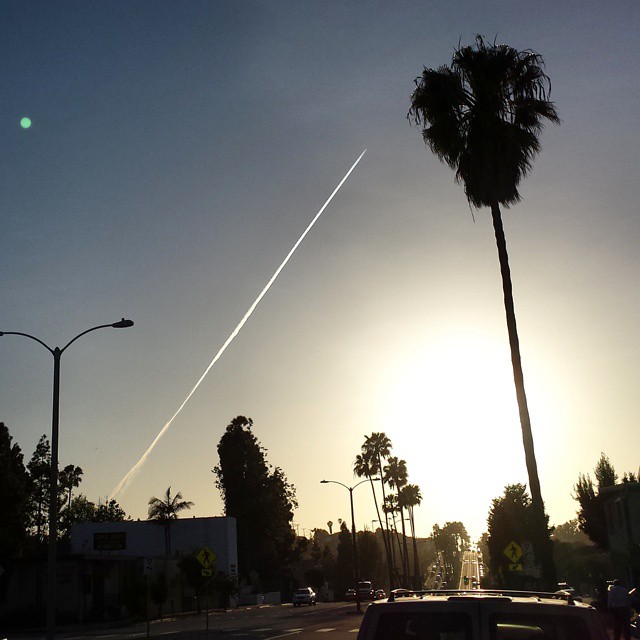 This is the kind of contrail view that starts rumors about imaginary missile launches.

Yes, that happened. A few years ago a bunch of people in the LA area saw an airplane contrail at a weird angle and there was this big news story about a mysterious missile launch off the coast of California. No one claimed responsibility for or knowledge of the launch of course, which made it seem even more mysterious. Even after people matched flight paths and time stamps and viewing angles, the myth persisted, at least in internet comment threads.