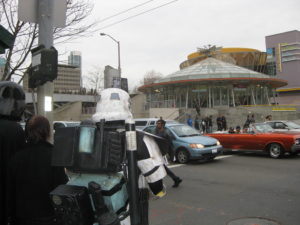 Emerald City Comicon’s website was hacked and deleted this week…along with all their backups.

Ticketing is all handled offsite by EventBrite, so tickets and financial info are safe. They’ve redirected their URL to the Facebook page while they rebuild their website.

I don’t just mean physically. Yes, you need to keep some offsite in case the reason you lost your server is that the building caught fire. But isolate the online access as well. If you back up your site by pushing the backups from your server to a remote location (either self-hosted or cloud storage like Dropbox or Amazon S3), those credentials are stored on your server somehow. What could an attacker do with them?

The answers are going to depend on your network and backup setup. But they’re questions you need to start asking.