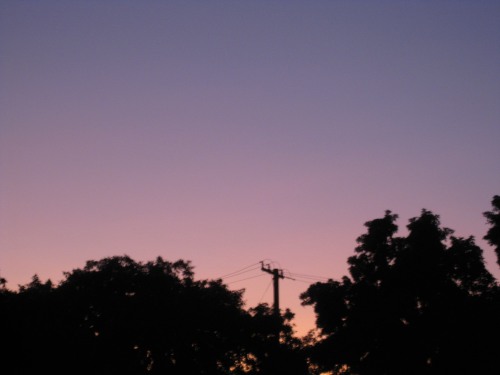 On Monday evening, I looked out the front window and saw an unusually purple sky. I immediately went out to snap a few pictures, though the camera tried to adjust the exposure too much in most of them, making it really light. This one turned out very close to what I actually saw.

Since then, I’ve discovered (via Bad Astronomy) that it’s the result of volcanic eruptions in Alaska last month. The sulfur dioxide sprayed into the sky has been traveling around the globe, and made it to Southern California by September 1. More photos at SpaceWeather and kbaird.

One thought on “Purple Sunset”