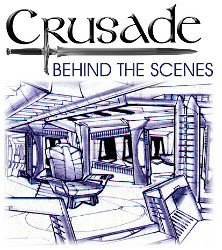 One thought on “Whatever Happened to B5: Crusade?”