I’ve found my lunchtime patterns fossilizing. Mostly, there aren’t a whole lot of places to eat within walking distance that aren’t hotel restaurants and therefore expensive, and parking is such a chore that it’s not worth driving anywhere. So I end up going to two fast food places and two cafes, over and over again.

The other day, I started to walk to Subway, and realized I just couldn’t bring myself to eat there again. So I did something I’d never done: I kept walking. As it turns out there wasn’t anyplace to eat past it, just two more hotels (neither of which advertised a restaurant) and an abandoned office building. From there I walked along Sepulveda until I reached In-N-Out.

Along the way, though, I spotted some interesting items, like this old warehouse: 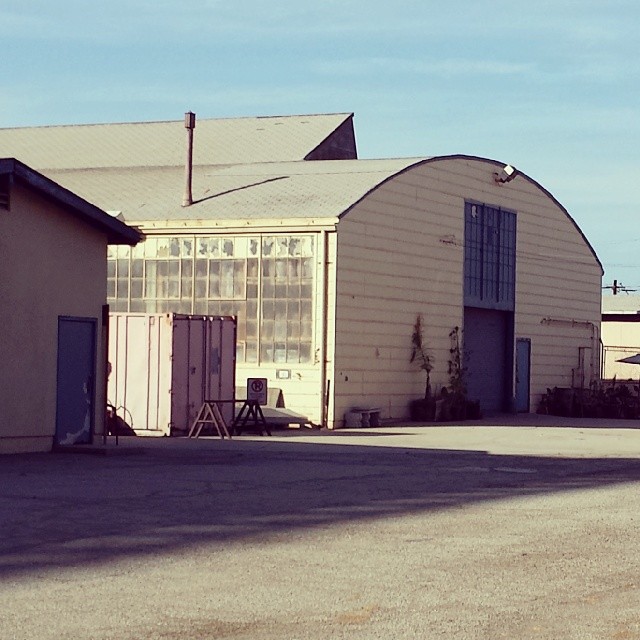 Or these olive trees and cluster of pipes: 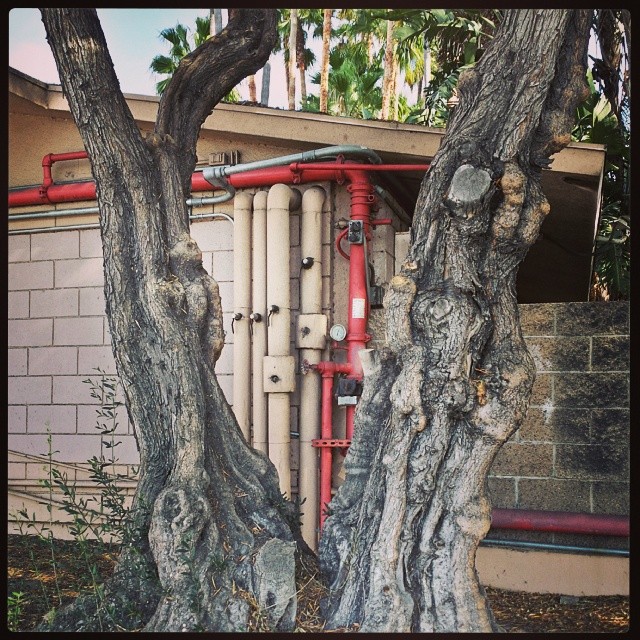 I had fun trying to get a shot of the LAX sign that just said X, whether for a Mac OS X release or the X-Men, I couldn’t decide. 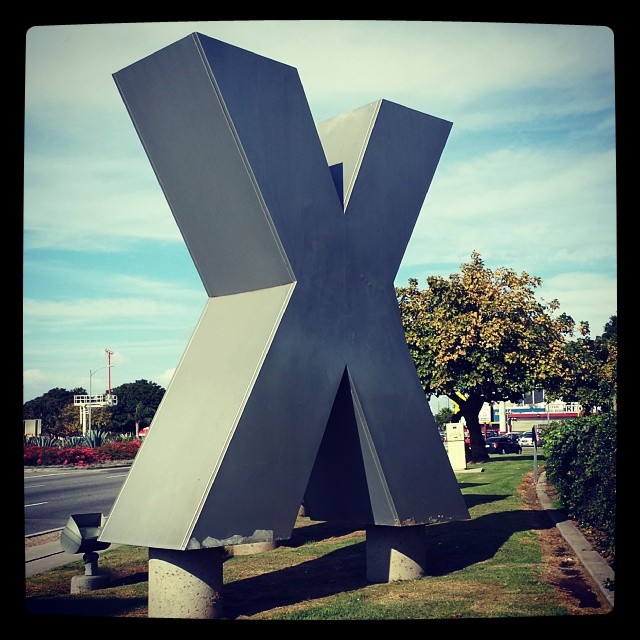 Some of the walk was familiar from driving, and some from walking out to see Space Shuttle Endeavour last year, but that one little corner was stuff that I’d either never seen before, or never seen while moving slowly enough to look.

Yeah, it’s worth stepping outside routine once in a while. 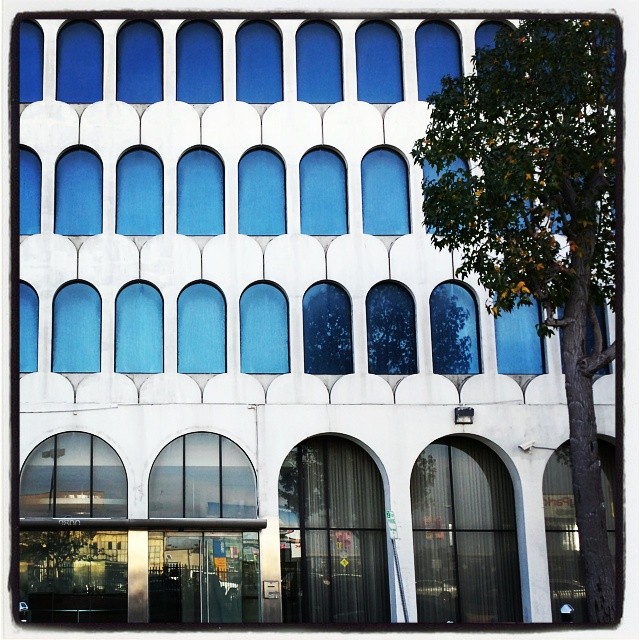