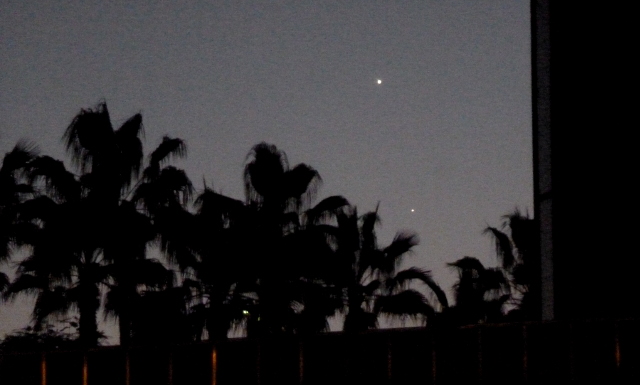 I walked out of the office building this evening and just stopped. There, framed by the treetops along the street and the awning and wall of the next building over, was clearly Venus, which I hadn’t seen in months (since the last time it was visible in the evening), and below it a pinprick that, unless I’m mistaken, was Mercury (which I’ve only ever seen on a handful of occasions). It’s certainly in the right place, and I waited to see if either light would move (there’s an airport literally across the street) before deciding that they were both planets.

Update! The next two nights were too cloudy to see anything, but Friday evening I was able to spot them again! You can really see how much Mercury has moved relative to Venus in just three days. 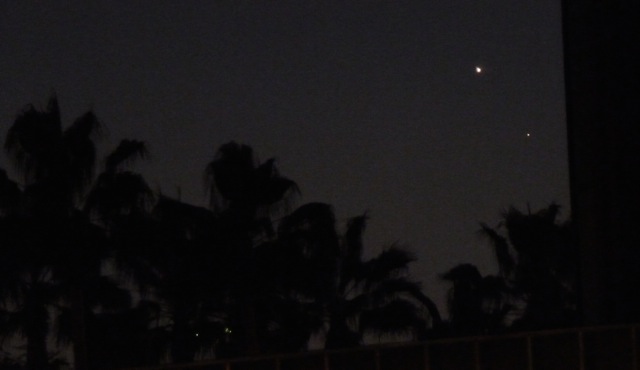 Update 2! And here’s the view the following Tuesday, one week after the first shot. I had to move to the left a few feet since they were behind the building now, which is why the light pole is visible this time. In retrospect, I wish I’d snapped it in all three shots, because that way I’d be able to make sure I was presenting them all at the same zoom level. I’ve been eyeballing it, and I think it’s close enough to get the idea across. 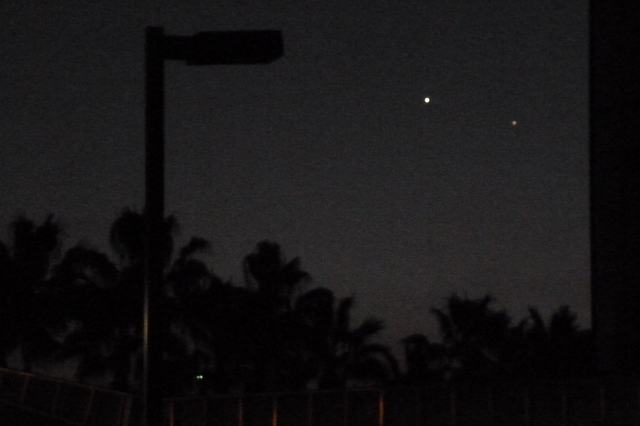 8 thoughts on “Venus and Mercury Above the Trees (UPDATED 2x)”