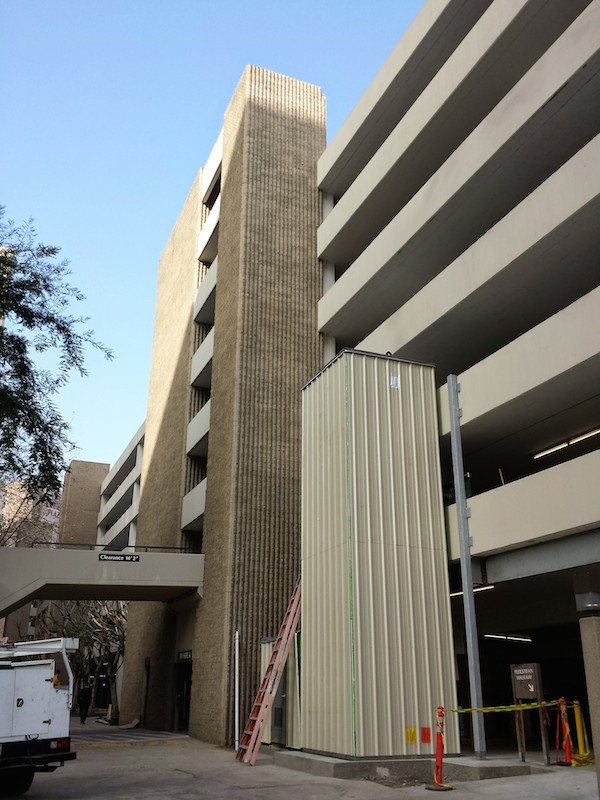 The parking structure near work has elevators at two corners. One set connects every floor, but the other starts at a second floor landing that connects to a flight of steps. That’s not a huge problem for offices, but the structure is also shared with two hotels and an airport shuttle service.

More than once I’ve seen people dragging luggage down the steps, or looking around in confusion trying to figure out how to get to the airport shuttle. On several occasions I’ve pointed out that if you go all the way to the other side of the structure you can take the elevator all the way down. Fortunately, the disabled parking spaces are on the ground floor, but still…

Anyway, one of the office buildings has been under conversion to a hotel over the last year, and they’re almost done. Rooms are furnished, signs are up, a parking turnaround has been built, landscaping is going in…and now they’re going after the elevator.

This seems really inefficient for travelers, but then I suppose it’s more efficient for construction. Maybe it would have been hideously intrusive to extend the existing shafts down another floor. And maybe it wouldn’t have been safe to add an essentially-freestanding seven-floor elevator column.

On a final note: Here’s what that spot looked like last summer. 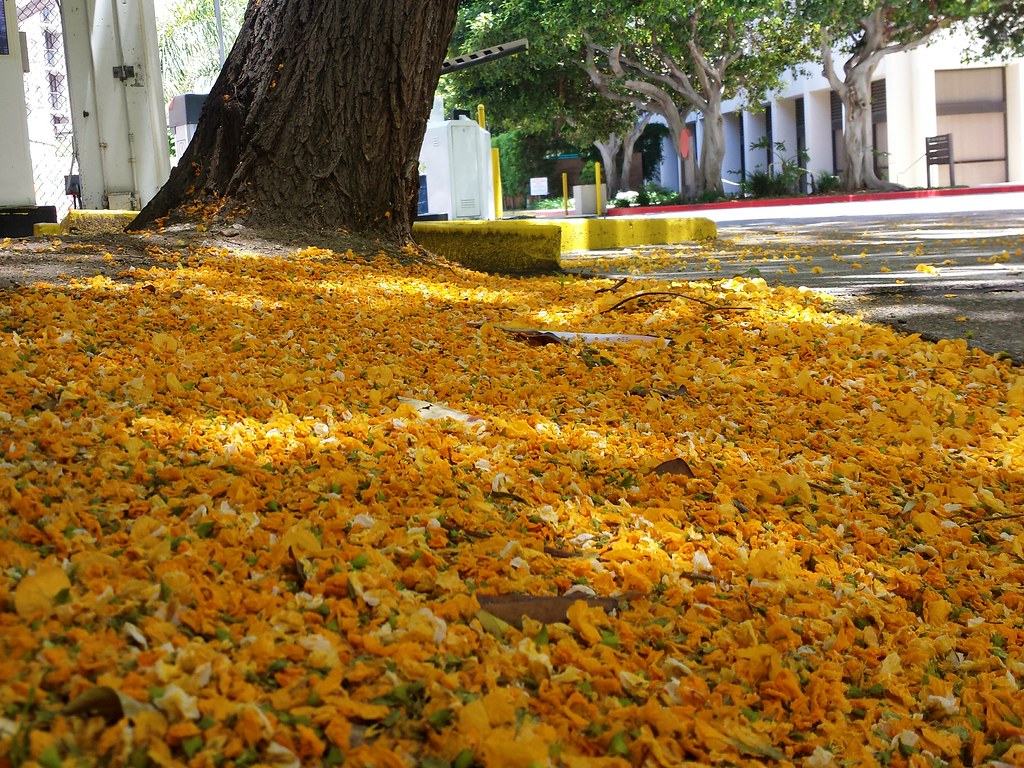 There are a lot of jacaranda trees in the area, lining the walkways through the business and hotel parks and lining the sidewalks along the street. There are also a lot of these trees, which look so similar that I assumed they were more jacarandas until the first spring I was here, when they bloomed bright yellow instead of light purple. From what I can tell, they’re Tipuana trees, also known as Pride of Bolivia trees, and despite the similarities, they aren’t closely related.

The flowers act the same, though, dropping in thick blankets as spring turns to summer.