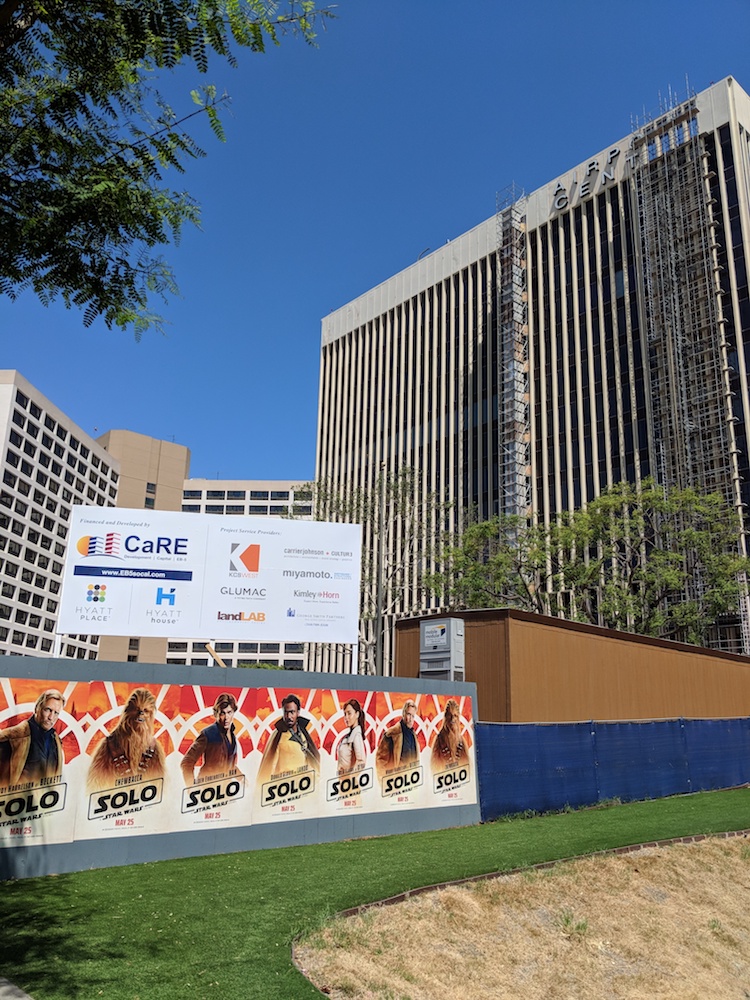 Another building under (severe) renovation near LAX. The Solo movie posters are still up on this side of the construction wall, more than a month later, though the posters around the corner were replaced with ads for Mamma Mia today.

Update (Monday): The posters on this site were replaced over the weekend. Still, it was a long tenure for the first Star Wars movie to disappoint at the box office.

Update (7/24): After only two weeks, the Mamma Mia posters were painted over. It seems weird since the Solo posters stayed up for so long.