Having been a teenage geek in the 1990s, the phrase “AD&D coverage” always makes me think of Advanced Dungeons & Dragons, not Accidental Death & Dismemberment. Though depending on your DM and how the dice are rolling that day, there might be some overlap.

Some interesting links I’ve encountered over the past week or two.

And now some techie stuff:

Edit: Not a link, but I should mention: between a bug in Akismet and me not having time to go through it, I ended up with more than 2,000 comments in the spam folder just from the last 3 weeks. I don’t have time to look through that many items for false positives, so I just cleared it all out. If you left a legitimate comment that hasn’t shown up on the site, I apologize.

Or maybe “tumble” would be more appropriate… 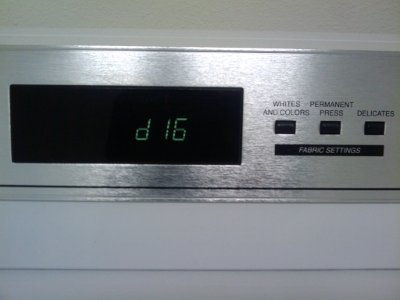 Needless to say, the dryer was out of order. I mean, seriously, when was the last time you saw a 16-sided die?

Something like 10 years ago, Katie saw a self-storage place in which the opening S was unlit, making it read, “Elf Storage.” She’s been looking for another one ever since, and we finally caught one in Newport Beach a few months ago. This one was even better, because the S had actually fallen off. 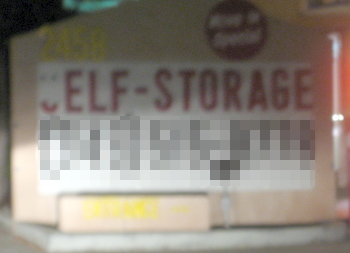 Of course, there are other things in the area that could easily come out of a Dungeons & Dragons manual. Such as this Kobold Construction truck. 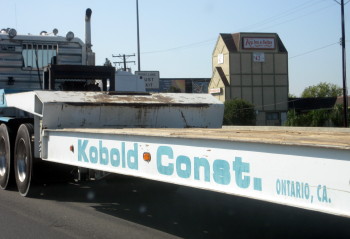 And then there’s the fact that all fire engines in Orange County are labeled ORC. 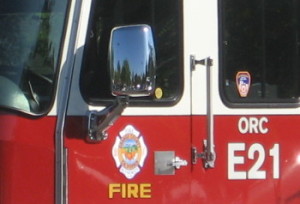 Let’s not forget the previously-blogged Hobbit Center in Laguna Beach. 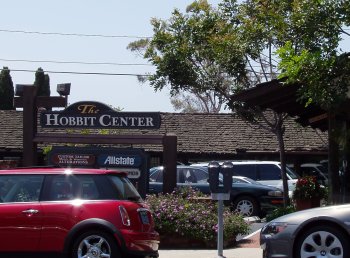 After a year, DM of the Rings is finished. The comic recast Lord of the Rings as a Dungeons & Dragons campaign, using stills (sometimes brilliantly chosen) from the Peter Jackson–directed movie trilogy in a comic-strip format.

The series poked fun at RPG tropes and player types, with the players’ dialog given to the LOTR characters. Every once in a while, someone would speak in character. But mostly, they’d be asking about the Cheetos, or why there wasn’t enough loot. And speaking of loot, it also pointed out where the story would fall down as a game.

Anyway, cartoonist Shamus Young has already started his next project, this time with artist Shawn Gaston: The webcomic Chainmail Bikini: The Nightmare Legend of Deuce Baaj started today. From the first strip, it looks to be covering the same territory—foibles of role-playing games—this time explored through an original story. It’s not clear where the title comes in, though.

Update Dec. 2008: Chainmail Bikini ended in May 2008, and seems to have been taken down. Sorry to all of the people looking for it and landing on this page.