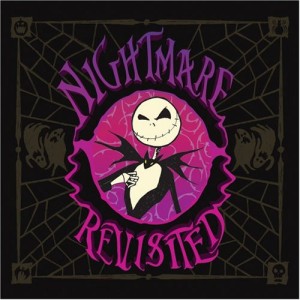 1. Fountains of Wayne‘s song, “No Better Place,” popped up on the iPod today. There’s a great line that made us both laugh when we heard them at a concert several years ago, opening for some band that one or the other of us wanted to see:

3. Heard a cover of Aerosmith’s “Dream On” in Red Robin a few nights ago. Sounded like sort of like Amy Lee (Evanescence) if she were a soprano. Googling suggests that it might be Kelly Sweet. (Edit: After grabbing her version of the song—99¢ is a great price for impulse buying—I’m almost certain this was the one we heard.) She was accompanied by our waitress—but not when she was at out table.

I’m listening to Evanescence’s Fallen and skimming this week’s link-checker report. Apparently the Taco Belle Amy Acker fan site was unreachable at the time it was checked, but it’s up now. So I started reading some of the interviews on the site, noticing they were all pre-Illyria…. at which point the album gets to “My Immortal.”

Advice to the world at large: do not watch “A Hole in the World” one night, “Shells” the next, and then go listen to the Evanescence album. You will not like what it does to you. Trust me on this.