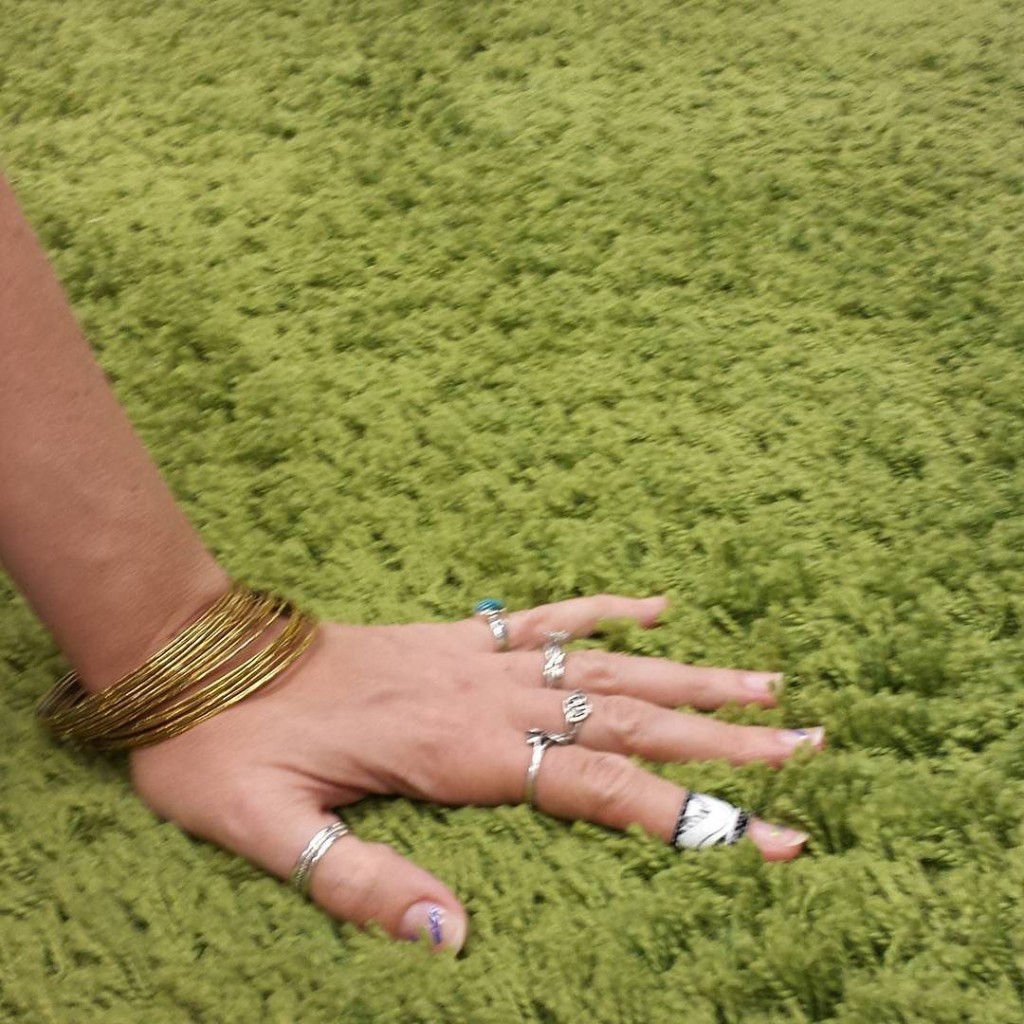 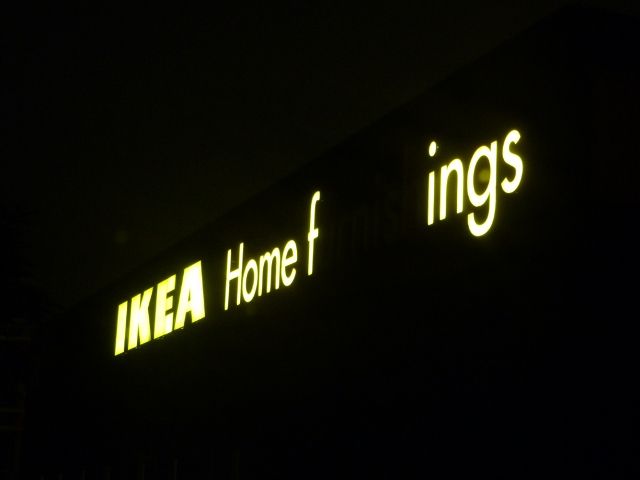 END_OF_DOCUMENT_TOKEN_TO_BE_REPLACED

Have you ever run into a name that you can’t help associating with a completely different context? Like when people realize that one guy in Office Space is named Michael Bolton? Or when you look at “AD&D,” and instead of “Accidental Death and Dismemberment” your first thought is “Advanced Dungeons and Dragons?”

For example, here we have Harry Potter’s favorite instructor in Defense Against the Dark Arts at Hogwarts, magically transformed into a set of venetian blinds. 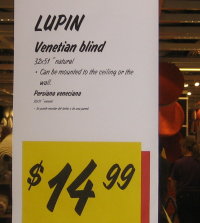 And here’s the thief who ends up as one of Blake’s 7 on the Liberator…as a set of sheets. (Nine of them, no doubt, to the wind.) 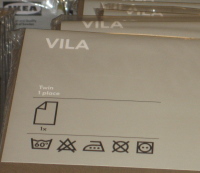 And it’s not just IKEA. Robin of the Teen Titans has his criminal counterpart in this bottle of wine:

Or the older daughter of Eddard Stark, playing music instead of the Game of Thrones. 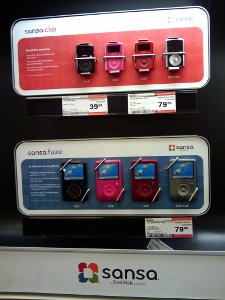 So, what good crossover names have you seen?

My dresser is an IKEA kit and was something of a bear to assemble. The second drawer down has recently developed the annoying habit of not closing on the first go, and I feel a strange obligation to fix it but I’m not sure how. It’d be nice if the stuff would come with more instructions for maintenance.

So this gets me thinking: IKEA furniture is Lego for grown-ups. You go to the store, look at the cool pictures, and pick up a box of parts to make the model you want. When you get it home and open the box, sometimes the picture inside doesn’t look like what you saw in the store, but you think, “Oh, what the hell, I’ll make it anyway, maybe I’ll figure out how to make the other thing later.” So you count up all the little pieces and lay them out and once in a while there’s some stuff missing but you always have extras around because every other set you have included the same interchangeable parts and didn’t need them all. When you start assembling it, you’re just about guaranteed to miss a step or do something out of order and have a tough time getting the pieces apart to put them back together right. And when you’re done, part of the enjoyment of having the finished product around is looking at it and thinking, “Hey, look what I made!”

On the trip to Ikea to get the patio furniture, we had a Choo-Choo Bear sighting in the parking lot–an auspicious beginning to any shopping spree, if you ask me. 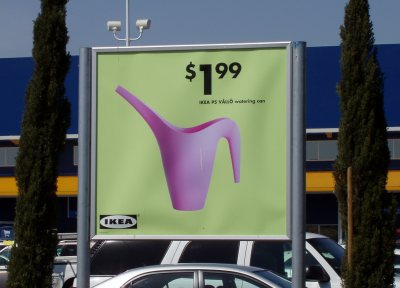 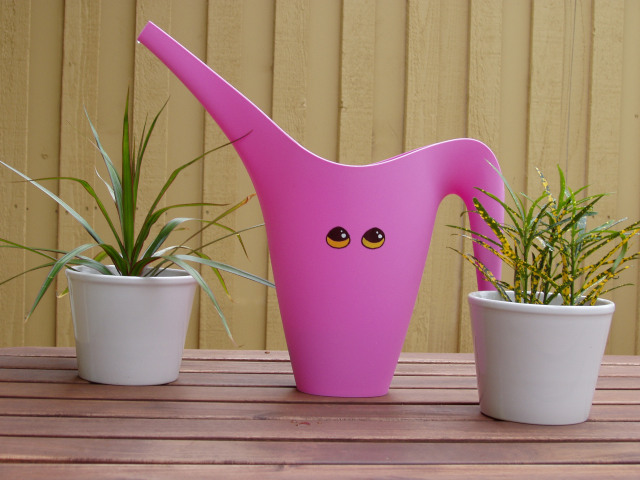