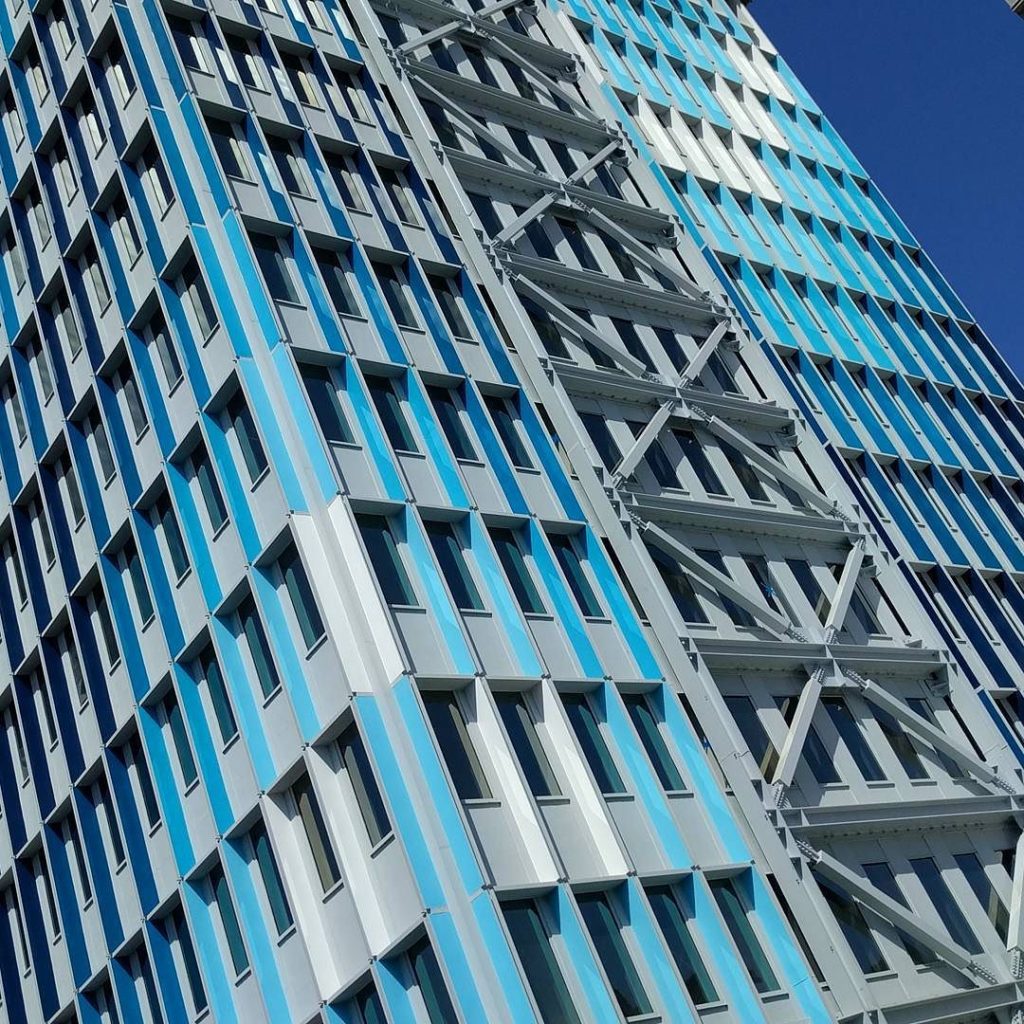 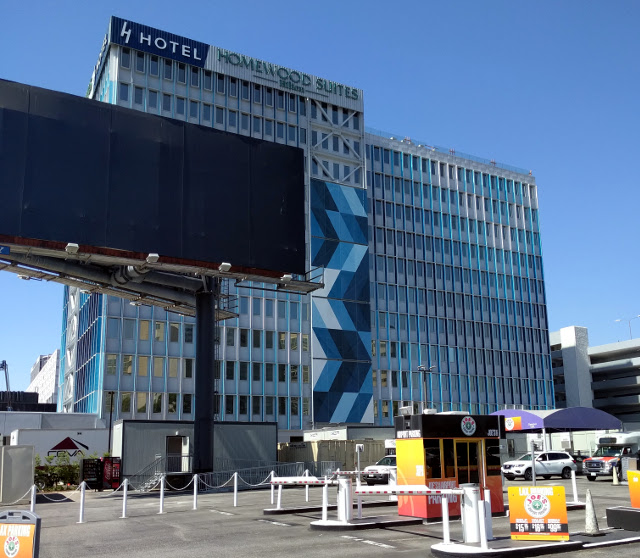 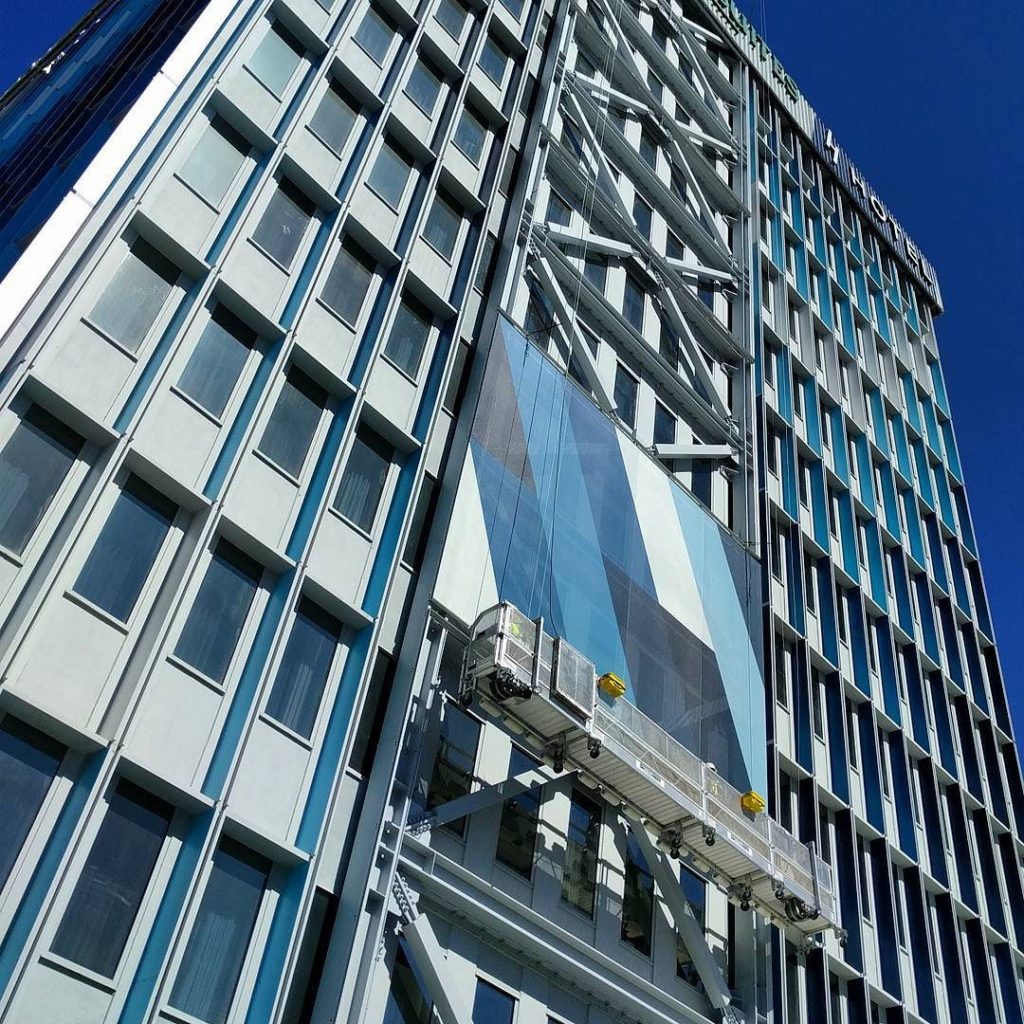 I don’t remember much about Marineland of the Pacific. It was an ocean park/aquarium like Sea World that operated near Los Angeles for several decades, closing in 1987. I know I visited at least once, with my grandparents, but all I remember is:

You’d think I’d remember the sea life at least a little, though I suppose it’s possible I’ve misattributed some memories to Sea World (which, come to think of it, I don’t remember super-well either).

Not much of Marineland remains aside from a few names at Terranea Resort, which now occupies the site. But a piece of that history is coming back. In 2014, a 35-foot whale statue from the park entrance was found in a maintenance yard. The city has approved plans to place the statue at Point Vicente Park just up the road.

Apparently the decline and closure of the park was rather sordid: HBJ, the textbook company that owned Sea World at the time, had tried to buy Marineland’s star orcas. They weren’t selling. So HBJ bought the park in December 1986. Late in January, they secretly loaded Orky and Corky onto trucks in the middle of the night and drove them down to San Diego. A week later, they announced the park would close in March. They shut it down halfway through February, and by May they’d sold off the property to a real estate developer. Plans for a conference center were never realized, and the site was abandoned for 20 years until construction began on Terranea.

*Update: My dad pointed me to the Wikipedia article, which led me to a post at Modern Day Ruins, which led me to the California Coastal Records collection of aerial photographs. I found one from 1986 that indicates that Rancho Palos Verdes Drive is in the same spot as it was back then, but the housing developments on either side to the east of the turnoff weren’t there at the time. That’s probably why I didn’t recognize it. Or the road I remember could be the one down to the parking lot.

We skipped last year and decided to join this year’s event at the last minute. Rather than walking along the shore at Long Beach, this year’s course ran through the CBS Studios lot. It started on what looked like a suburban New England street, and wound past production trailers, soundstages, prop storage, and even the Los Angeles river…. 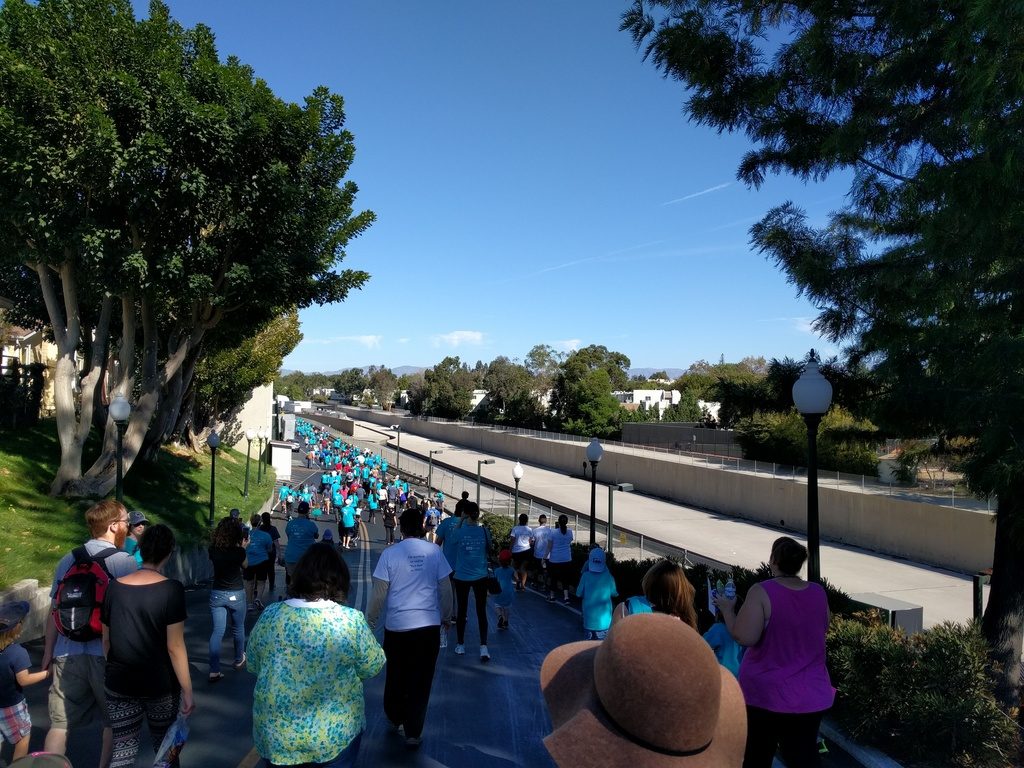 …such as it is. Other parts of the river are much nicer, even navigable at times, but this stretch is basically a concrete drainage ditch inside a bigger drainage ditch. It looks bleak now, but during flood years the channels fill completely, preventing the city’s streets from flooding instead.

FARE funds studies to explore the causes of food allergy and develop new therapies. They run outreach programs to make it safer to visit restaurants, or just be at school or the workplace.

Food allergies can range from mild to life-threatening — yes, people die — and those of us on the far end of the range need to be constantly on the watch for hidden ingredients and cross-contact between foods we can eat and foods we can’t.

END_OF_DOCUMENT_TOKEN_TO_BE_REPLACED 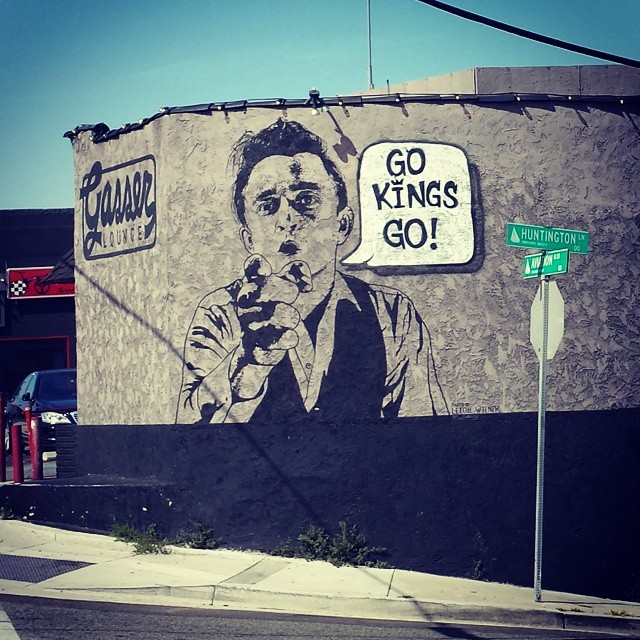 The first time we saw the mural of Johnny Cash on the outside wall of the Gasser Lounge, Katie and I agreed he looked like Lt. Braca from Farscape. We still can’t unsee it, even after the owners added the “Go Kings Go!” word balloon a year or two back.

I work in an office building across the street from Los Angeles’ main airport, LAX. This morning was….interesting.

I was driving to work as usual, and noticed two things:

This is the third time in as many months that I’ve seen helicopters just holding position like that near the airport. Once the choppers were keeping an eye on a damaged airplane making an emergency landing. Once was the ex-TSA agent bomb scare on September 11.

I turned onto a side street and took a back way to the parking structure. The drone of helicopters was stronger when I got out of the car, and police car after police car started racing down the left side of the street, sirens blaring.

The building concierge hadn’t heard what was going on. She just shrugged and said, “L.A.”

Once I got into the office I found out what was going on: There had been a shooting at the airport, an incident still ongoing. There were still airplanes taking off at the time, though we hadn’t noticed anyone landing, and more and more helicopters took up position in the sky down the street.

Information was still spotty at the time, so I sat down to work, but it’s unnerving to listen to the constant drone of helicopters when you know they’re there because something’s wrong, especially when that sound is punctuated every few minutes by yet another siren.

By lunchtime, Century Blvd. had been blocked off by police and the trapped cars had been cleared out, leaving the street eerily empty. A stream of stranded travelers trudged along the sidewalk and in lanes, dragging their luggage away from the airport and toward hotels, offsite parking, or transportation. The cafe downstairs was swamped (though not as full as I’ve seen it during conventions).

What surprised me were the people getting out of cars at the curb just outside of the barricaded area, pulling their suitcases with them and starting the mile-long trek toward the airport. I can only assume they were counting on delays being lifted by the end of the day and their flights actually taking off. Though I’m not sure what the people waiting at the bus stop inside the closed area were planning to do.

It’s about two in the afternoon right now. I’m pretty sure I heard an airplane take off a few minutes ago. Most of the helicopters are gone, and while the street still looks closed, I can see more people walking toward the airport than away from it. It looks like things may be starting to return to normal.

Update 6:00pm: Century Blvd has been re-opened for traffic (though I wouldn’t say it’s moving, and airplanes are taking off again. If you look closely in the picture below, though, you can just see some helicopters still holding position above the airport. 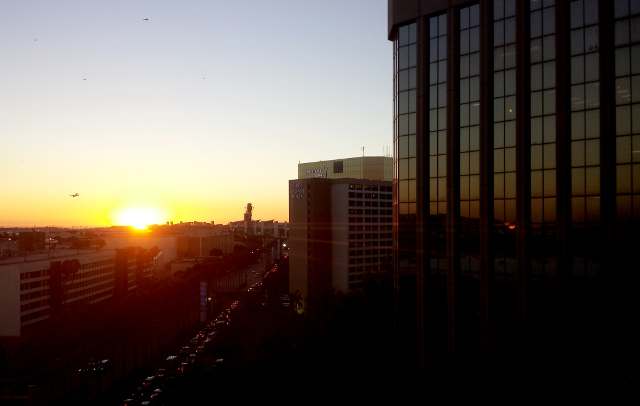 On a completely different note: I’ve decided to try NaBloPoMo and post every day this month. I’ve been getting all the NaNoWriMo emails, and while I don’t have the time or story ideas (and Katie’s covering the “writing a novel” thing), I’m a little nostalgic for a writing challenge.