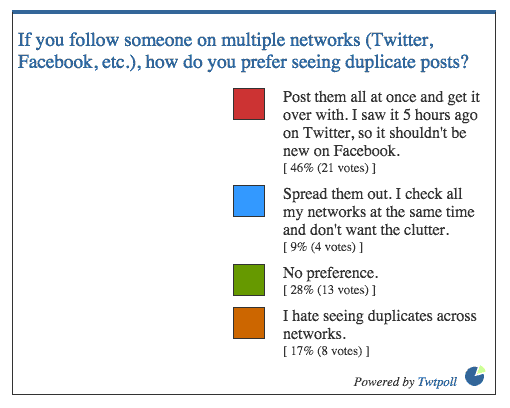 Update: Some discussion over at Speed Force.

I always feel somewhat embarrassed when I find a typo in one of my old blog posts, and try to fix it. I’m a little less concerned with forum posts, since they tend to be more ephemeral anyway, and I should probably treat Twitter updates and Facebook status the same way, but I’ve made my share of “Oops, I meant to say ____” posts.

How about you? If you stumble on one of your own online posts and find a typo, what do you do about it? 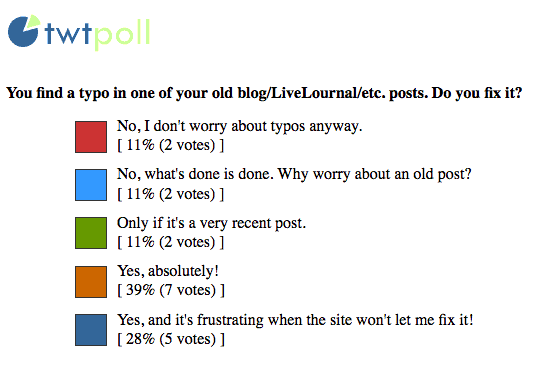 The poll is open through June 8. And yes, I know there’s a typo in the question. I didn’t notice until after several votes had been cast, which meant that Twtpoll won’t let me fix it. 🙁

Facebook polls need a “This is BS” option. Too many are based on false premises or are of the “Threat or Menace?” variety. 🙄 #