On my way to a doctor’s appointment before lunch, I heard a song on the radio that I liked and wanted to find out more about. I never assume that the DJ will actually identify the song, but I remembered I had Shazam on my G1, and for once it actually managed to identify the song! (Usually I’m trying to ID background music in a restaurant or shopping mall or someplace where half the time I can’t even recognize the song if I do know it). Thankfully for my dignity, it wasn’t Paris Hilton, but rather “What’s In The Middle” by The Bird and the Bee, from their new album Ray Guns Are Not Just The Future. (As it turns out, since it was Morning Becomes Eclectic, the DJ did name the song afterward. But still.) 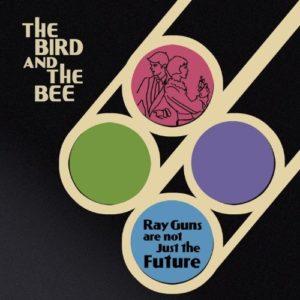 Now, Shazam is very smart in that it offers a link directly to the song on the Amazon MP3 Store. So I could easily have just bought the song for 99¢ when I parked the car, except…

With unfamiliar artists, I like to at least check out the rest of the album and see whether I want just the one song, or more. And whether it’s a failing in Shazam’s app or the Amazon MP3 app, I could not find a way to go from the song to the album. So I shelved it until later.

Afterward, I opened the Amazon MP3 app by itself, searched for the group, and opened up the album. Another smart thing: If you preview a song on an album, it will go down the whole list playing a clip from each song. I turned up the volume, started the car, and listened to a summary of the whole album on my way to lunch. I decided I liked enough of it to hand over $9 for the lot and see if the remaining songs grew on me, so after I parked the car, I tried to buy the album.

Then I was told that MP3 purchases had to be downloaded over WiFi. WTF? I had a strong 3G signal, and I’ve downloaded large apps (iVerse’s comics and some games are on the order of 5 MB, comparable to a song in MP3 format) over 3G before. Sure, it takes a while, but it’s on the order of minutes, not hours. Naturally the place I’d gone to didn’t have WiFi, and I’m not at the point where I trust it to hold the downloads until the next time I connect to a wifi network. Which will probably be when I get home.

The end result was that I had an entire afternoon to second-guess my decision to purchase the album.