I recently dug out my old Samsung Galaxy S4 for some Android testing. I replaced it with a Nexus 5x last fall, and for the most part I love the newer phone, but there are a few things that I really miss about the S4.

Those are three things that the Galaxy S4 does better (for me, anyway) than the Nexus 5X. They’re all form factor. Of course since giant smartphones are all the rage these days, good luck finding another one that’s just the right size for my hand.

Otherwise, I love the Nexus 5X’s display, the up-to-date Android OS without Samsung’s modifications (and knowing I’ll actually get security updates), the camera, the convenience of the fingerprint sensor, the speed, and just about everything else about it.

I wouldn’t go back. I considered setting up the S4 as a dedicated GPS until I realized that it wouldn’t be able to get traffic data without a SIM card. (Maps can store the actual maps offline now, and GPS works independently of cell service.)

But if Google releases their next Nexus device in a form factor just 3/8″ shorter, I’ll be tempted to upgrade early. 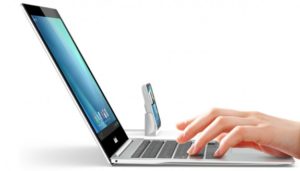 The problem I have with this idea is that it’s essentially a second device, but one that can’t be used without the first one. If I’m going to have a second device to begin with, I think I’d rather have an actual tablet or ultra-light laptop.

Update (3/2019): I’ve been looking around, but I’m not sure this was ever released. All the search results I’m finding are articles based on the announcement in June 2012, and ClamCase is now a couple of iPad keyboard cases made by Incipio. The laptop dock concept is still around, but it doesn’t seem to have caught on nearly as well as tablet keyboards and convertible tablet/laptop 2-in-1 devices.

I got hit by the mysterious overnight battery drain that’s been affecting G2 owners over the past week or so. Without using it at all, it had dropped to 58% battery. No, I haven’t received the OTA update to Gingerbread yet. Reports have been that it might be related to a Google Maps update that came out last week. Seeing as how I checked the battery usage and it showed 91% was Maps, and I hadn’t used Maps since several hours before I plugged it in last night, that seems highly likely.

I figure there are two reasons it hit now and not earlier.

My guess: Maps isn’t shutting down properly, and if GPS is enabled, it’s calling out and using up power.

The other weird thing: Before I realized I’d left GPS on, I uninstalled updates to Google Maps. Then I went back to the battery usage report, and instead of 91% Maps and tiny percentages of others, it showed the more typical 30% Cell standby, 30% Wi-Fi, etc. I suspect uninstalling the updates may have removed it from the battery usage report, and I was seeing the remaining 9% blown up to 100%.

Update (Wed): I reinstalled the Maps update and made a point of turning off both GPS and Wi-Fi when I charged the phone that evening. No battery drain during the 8 hours between the time I unplugged it last night and the time I picked it up this morning. Tonight I’m going to try it with just Wi-Fi and no GPS and see what happens.

Update (Fri): Well, that was unexpected. I turned GPS off and left Wi-Fi on last night, and the phone was down to 55% battery when I woke up this morning. Even though I know it had a stable signal since it was sitting 4 feet away from the access point. I would have thought GPS was a more likely culprit, but this suggests otherwise. Tonight I’ll have to try it the other way around.

Update (Sat): Last night I turned off Wi-Fi and turned on GPS before unplugging it from the charger. This morning I forgot to check the battery level, but I looked at it just after noon — and it’s still at 90% after at least 12 hours.

To make matters more interesting, Katie has long had problems with her Vibrant losing battery quickly, but since she turned off Wi-Fi, she’s been able to go several days between charges.

I think we’ve found the culprit. The question remains, though: why now? What is the phone doing over wifi that it wasn’t before?

I’ve never been a fan of actually using GPS navigation. Sure, I’ve always thought it was insanely cool that it was possible, I just didn’t want to use it myself. For unfamiliar destinations I generally prefer researching a route first, and for familiar ones I generally prefer just relying on my local knowledge. But I’ve found something that I do like using it for: Traffic.

I recently started a new job, exchanging a fairly short commute for a ~40-mile trek across the Los Angeles freeway system. Under ideal conditions, it’s about 45 minutes. When the freeways are bogged down (i.e. when I’m actually going to be driving), it can take an hour and a half or more.

When I landed the job, I replaced my phone with a G2. It’s a heck of a lot faster than my old phone, plus it can handle newer software…like Google’s turn-by-turn navigation app for Android. After trying a couple of different routes the first few days, I tried it out…and discovered that it factors in live traffic data when calculating the remaining time.

The upshot: I can walk out the door, start up the app, and figure out which of three main routes will get me there fastest. (Well, least slowly, anyway.)

Of course, it’s not perfect. It’s based on traffic now, and over the course of a predicted hour-plus, the route could easily get more congested. That’s not even counting potential accidents. It does seem to update frequently, though, and knowing I’ve avoided a 100-minute drive in favor of 70 minutes really outweighs the annoyance of a mechanical voice telling me how to get to the freeway from home. 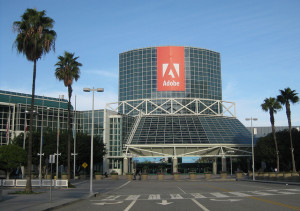 I do have to remember not to rely on it too heavily at the end of the trip, though. I left it on by mistake after selecting my route to the LA Convention Center for Adobe MAX this morning, and instead of turning it off, I let it direct me straight past the parking garage.

I suppose I can understand putting one of those “If this is an emergency, please hang up and call 911” messages on a health insurance phone menu. But if you’re going to have one, shouldn’t you put it before the five-minute member identification/sign-in process, not after?

Admittedly, the process only took that long because their voice recognition system wasn’t getting along with my voice, but still, isn’t the point to route people to the fastest response in an emergency?