Here are a couple of photos, one just before sunset, the other just after, over the past month.

First up is a twilight view of South Coast Plaza. On Friday the 13th, we went to the nearest Borders to pick up The End of Lemony Snicket’s Series of Unfortunate Events and Neil Gaiman’s new short story collection, Fragile Things. We ended up crossing the bridge over to the main section of the mall, turned around, and saw an amazing twilight display with clouds silhouetted against the blue.

We stopped to take pictures. We weren’t the only ones. 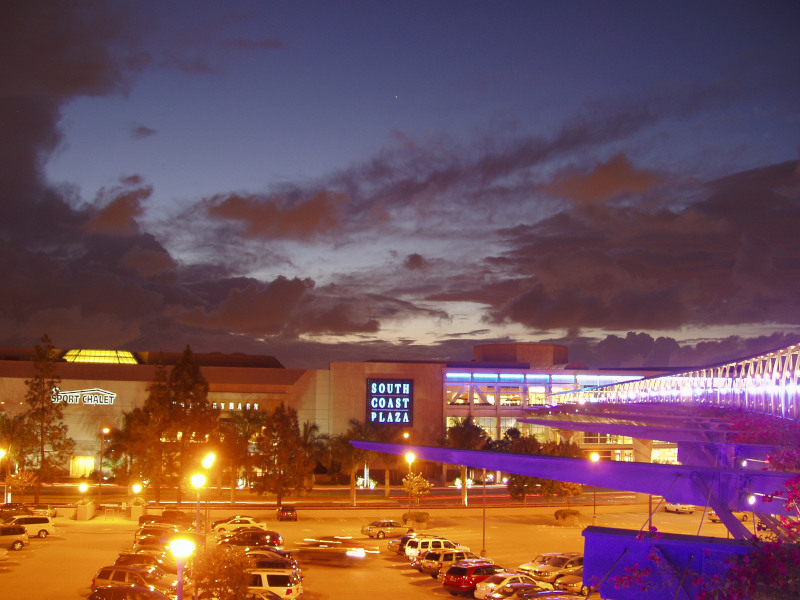 Next up is from this past Monday, October 23. I was driving up the 405 after work and noticed that there were some feathery clouds in the right area, so I started looking for sundogs. Normally I don’t find anything. It’s Southern California, after all, so the right conditions are relatively rare. (Though occasionally I see something spectacular like the full halo I caught in February.)

To my surprise, I saw a faint bright spot in the clouds, level with and to the right of the sun. It got brighter over the course of my drive, with hints of red, orange and yellow creeping in on the sunward side: a classic sundog. Once I got onto city streets, I had a chance to stop and take a picture. 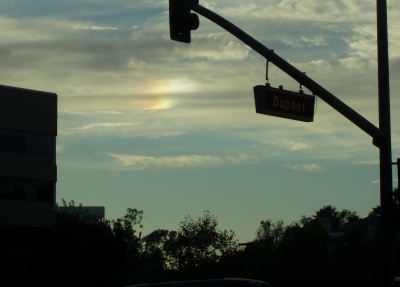