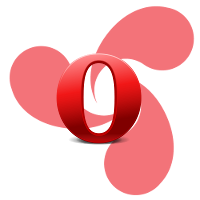 The Opera web browser has introduced a Dashboard-like Widget feature in Opera 9 Preview 2*. I believe this is the first 3+ platform widget framework out there.

Dashboard is, of course, Mac OS X only. Yahoo! Widgets (formerly Konfabulator) is Windows XP and Mac OS X only. The KDE Desktop (mostly used on Linux and *BSD) has plans to include floating applets in KDE4’s revamped desktop, Plasma. Opera runs on Windows, Mac, Linux, and a number of other platforms.

Opera’s taken a very similar approach to Apple’s. A widget is a bundle of HTML, CSS, and JavaScript. The most obvious difference is the structure of the bundle: END_OF_DOCUMENT_TOKEN_TO_BE_REPLACED