Friday was the first rain we’d seen in over a month. By evening, the trailing edge of the storm was starting to cross central Orange County, and I actually drove back into the cloud cover to pick Katie up from work. We ended up stopping for dinner, and got back on the road around sunset. 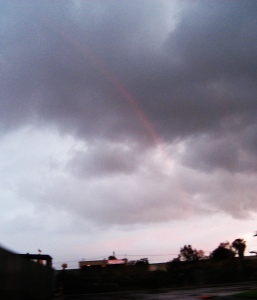 At sunset, there were clouds above us, rain in the east, and clear skies to the west, showing a bright orange sun. We looked to the east, and saw a huge rainbow. It was extremely high—it looked like it ought to be an entire circle, even though I knew it couldn’t be more than a semicircle. That doesn’t come through in the one photo that came out, since it’s a matter of perception: neither of us had ever seen a rainbow centered at the horizon before. It was also faint (I had to increase the contrast on this photo), and very red. 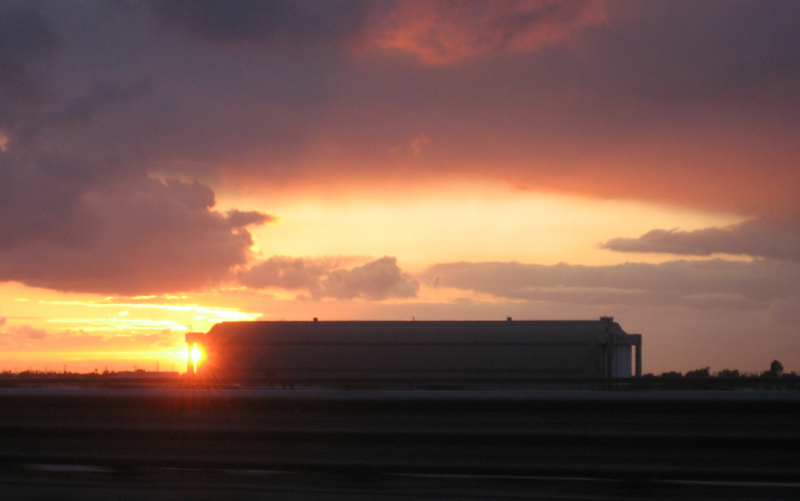 Google Images pulls up some nice pictures when you search for rainbow sunset. I particularly like this one at Flickr, which also shows spoke-like rays. Atmospheric Optics’ rainbow section is also worth a look, especially for some of the odd kinds of rainbows that aren’t often seen.