I’ve been meaning to post these photos for a while now, but with the discussion on Netscape’s impending doom, I should post them now.

Back in February, I was wandering the aisles at Micro Center and noticed a couple of odd software titles on the shelf:

Someone had sensibly marked the Netscape CD down repeatedly, ending with a price tag of $0.42. I was half-tempted to buy it just to prove that I’d found it, but decided taking a picture would be better, since it wouldn’t clutter up my desk. Incredibly, no one had thought to mark down the Opera box. They were still asking $39.99 for it.

Did I mention pictures? 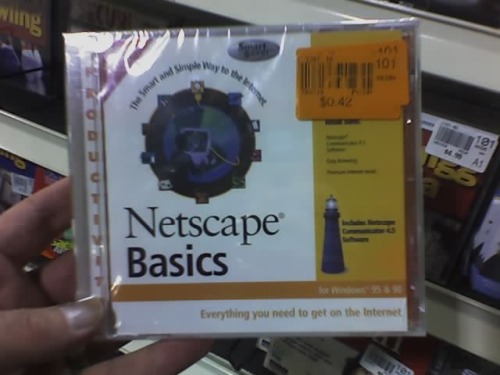 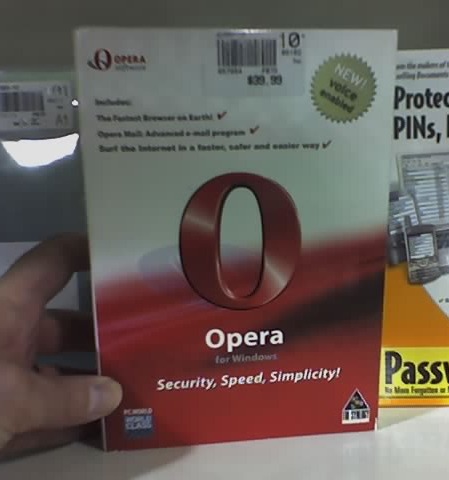 One thought on “Behind the Times”