Remember Alien vs. Hunter and other films with ripoff titles like Snakes on a Train? It turns out that Asylum has actually done a sequel to Transmorphers (yes, they went there): Transmorphers: Fall of Man. 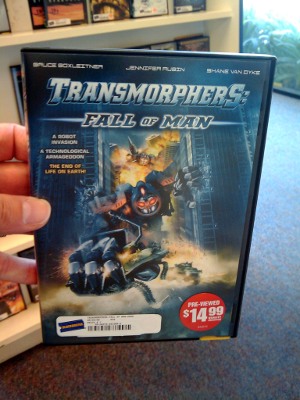 As if the original title wasn’t enough, they actually played on the title of Transformers: Revenge of the Fallen when they did their own sequel!

And yes, that does say Bruce Boxleitner on the box.