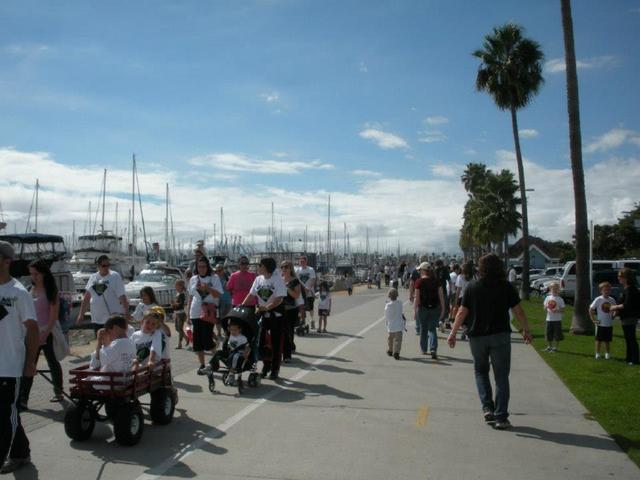 The Walk for Food Allergy that I’ve been plugging over the last couple of months was held this Sunday. We drove out to Long Beach to join several hundred other people in the walk to raise funds for the Food Allergy and Anaphylaxis Network. You helped us raise $1,342.15, putting our team into the top 5, and the event overall raised $45,360 before offline donations are counted. The money goes to FAAN and their mission to support food allergy research, education, awareness and advocacy. FAAN sponsors a series of these events throughout the year, so if you’d still like to make a donation, you can contribute through December 31. 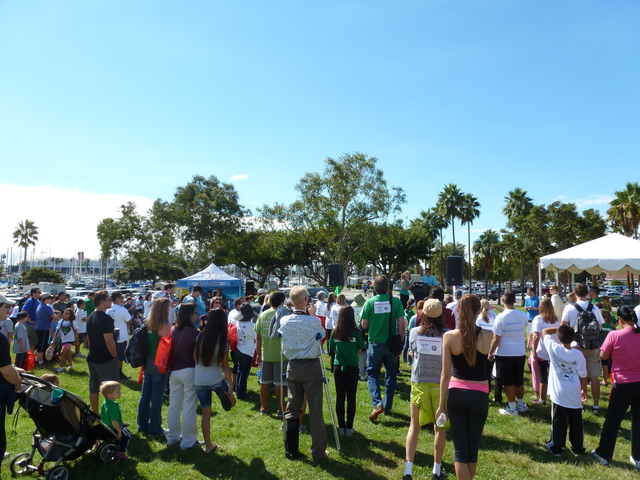 Because food allergies are on the increase, a lot of the people affected by them are children, so there were a lot of families at the event. I remember last year featuring a stage and information booths for support groups, medical groups and allergy-friendly food companies like SunButter and Enjoy Life. This year they also had an inflatable slide and a rock climbing wall. (The organizer said that they moved it to Long Beach so that they could get that wall.) 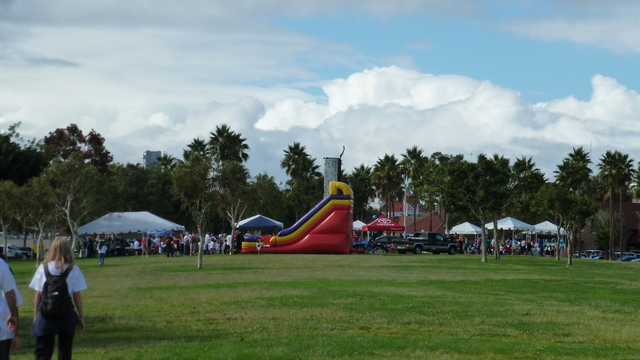 Aside from the move from Santa Monica to Long Beach, this year was a lot different for us for three reasons: First, J is old enough to walk now (last year he spent the entire time in the stroller), though he was ready for a nap when we arrived. Second, my parents joined us this year, helping with the fundraising and joining us on the walk. 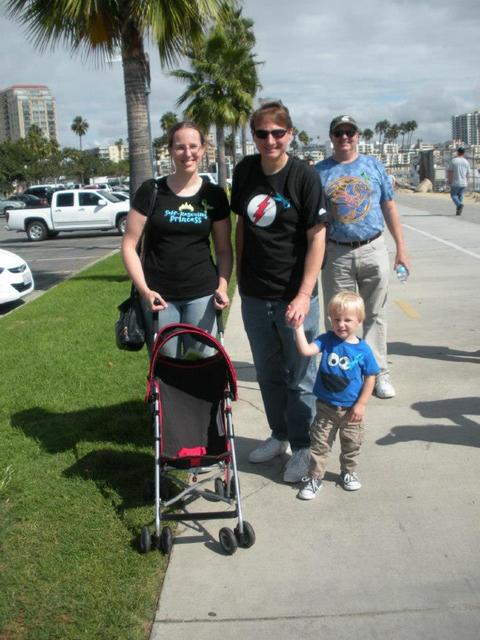 At least it was windy.

And third: Last year, the weather was predicted to be sunny and warm, and turned out to be chilly and overcast. This year it was the other way around, which led to some overheating and major sunburn. Cloudy with a high of 68 degrees? I don’t think so! 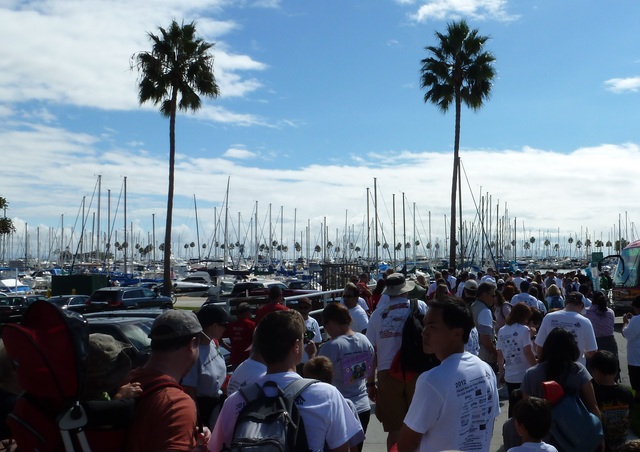 On the other hand, the course was a lot shorter. We weren’t really sure at first, since we kept a slow pace (even if J spent about 2/3 of the time in the stroller, which was just as well since we forgot both sunscreen and his hat) and kept stopping, but it felt a lot shorter, and we finished a lot sooner than we expected to.

When I checked on a map afterward, it was only about half a mile each way instead of a full mile. The turnaround point on the path along the marina was at a fenced-off construction site, so my guess is that they had a longer course picked out before the construction started, and the permit didn’t allow them to detour. I wish I’d thought of asking while we were still there.

After the walk we stopped by a few of the information tables, picked up some samples for later and talked to a few groups, then all went out to a late lunch at the Auld Dubliner (which, unlike its Tustin location, has kept its Irish menu).

And that sleepy toddler? He forced himself to stay awake the whole time, then dropped off before we even made it out of the parking structure.

More photos on Google+, and thanks to my mom for two of the photos here that I missed or couldn’t take for obvious reasons. 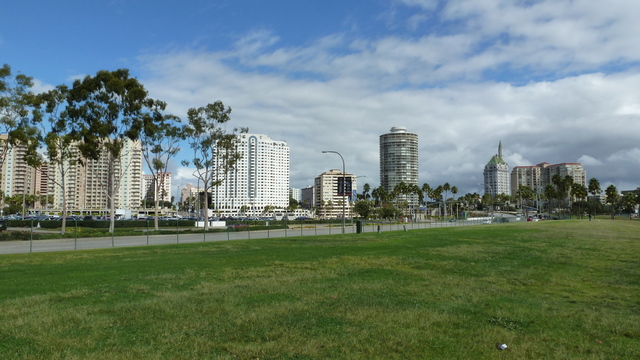