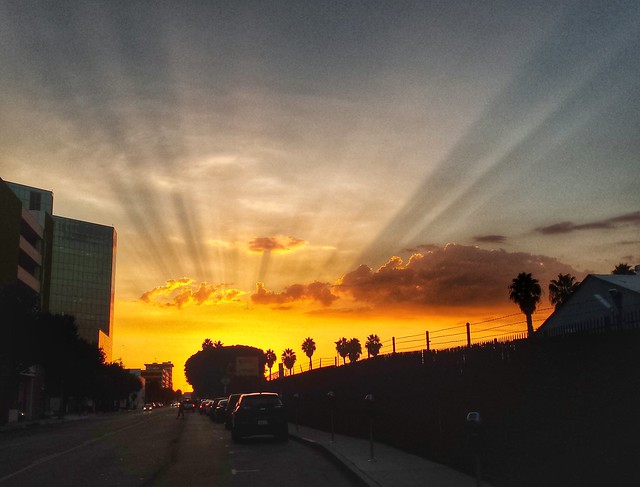 Last Tuesday I stayed late at the office. As I was leaving the parking structure, I looked to the left for oncoming cars and saw this. I was stunned. Instead of getting on the road immediately, I parked on the side of the street to look and take a couple of photos.

It didn’t look exactly like this, of course. The photo came out too yellow, so I tried adjusting it to bring out the orange tones, until finally I just started trying all of Snapseed’s filters until I hit on this one. I was surprised by the level of detail it brought out in the upper cloud layer, and how far the crepuscular rays actually extended.

I also took a photo with my camera, which was adjusted for sunset tones. It came out a lot darker than the actual scene, but the color balance is closer. 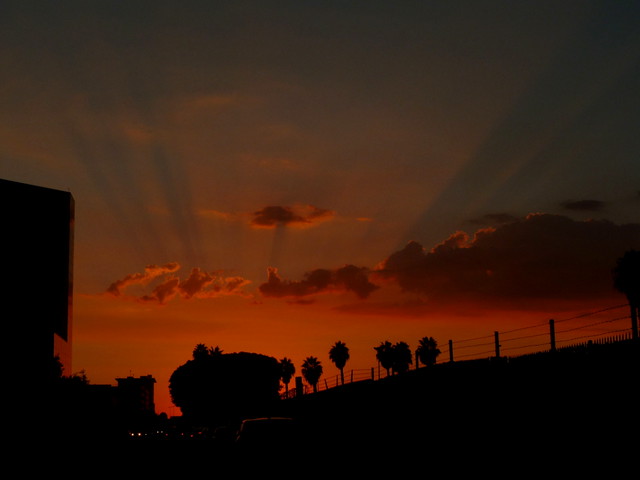 I know sunset photos are kind of old hat, which is why I’m trying to focus on the ones that stand out in some way. Like this one from a couple of weeks ago.

I was on the balcony of a small two-story office/retail building, at the top of a hill overlooking the ocean. What I really wanted to do was catch a clear view of a farm-style windmill that’s hidden behind the trees, figuring I could position myself so that the sun was right behind it. Unfortunately, the only spot I could get a clear view was in the middle of the crosswalk, and it really didn’t seem like a good idea to stop in the middle of the street, sidling left and right to line up the shot! 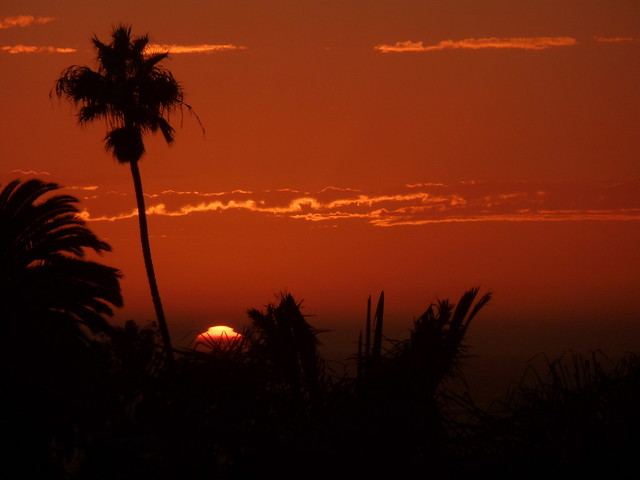