A fire is raging in the hills and canyons of Orange County. It’s nothing compared to the devastation in Northern California, where 160,000 acres have burned, killing 21 people and wiping out whole neighborhoods in Napa and Santa Rosa — but a dozen homes have been lost and about as many damaged in the 8,000-acre blaze near Anaheim.

Even though I live farther away now, the smoke still reached the coast on Monday, the first day of Canyon Fire 2 (so-named because it picked up where the Canyon Fire left off last month). It turned the sun orange and the sunlight yellow, like sunset but at too high an angle. The smoke is a lot more diffuse now, looking more like typical smog, and firefighters are getting the fire under control as the weather changes. 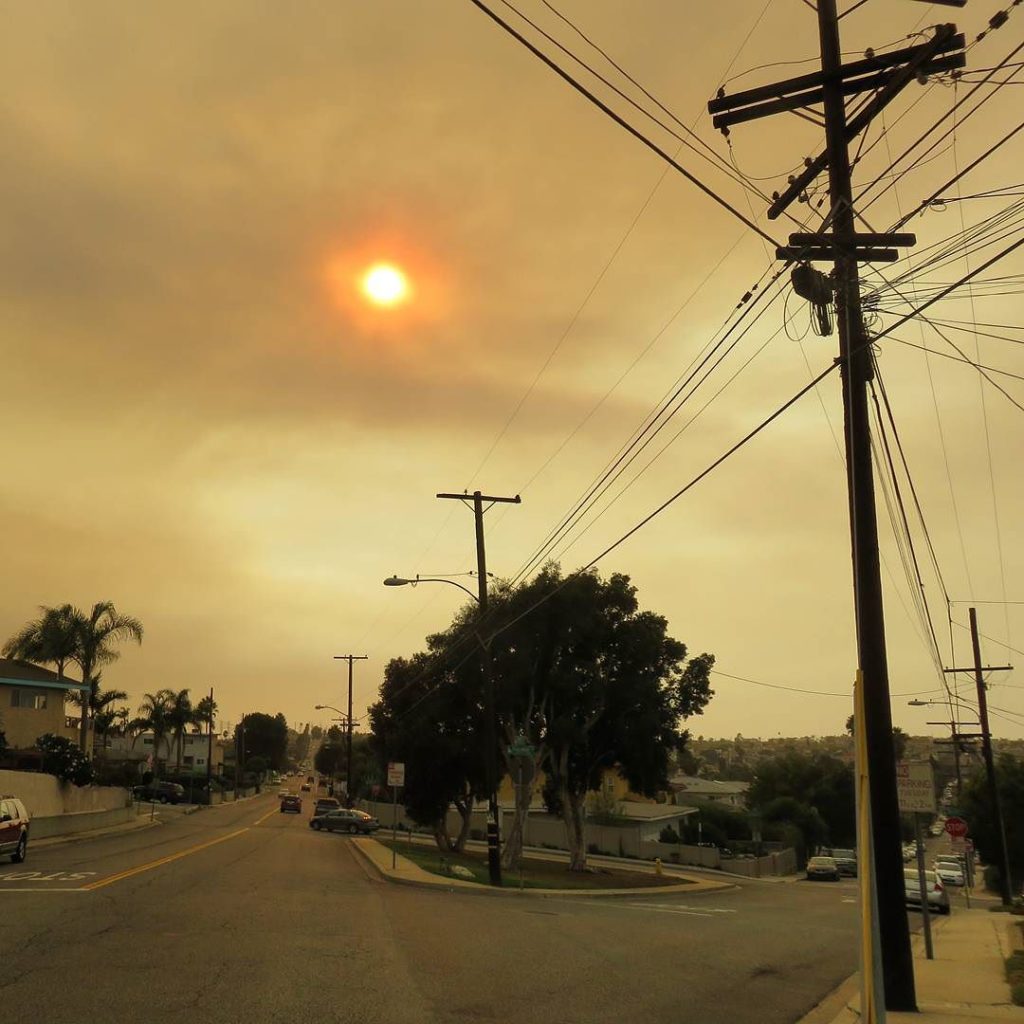 The evacuation maps and the photos of Peters Canyon remind me of the Santiago Fire ten years ago this month. That fire burned for nearly three weeks and scorched 28,000 acres. I wondered whether they ever caught the arsonist who set it. As far as I can tell from a quick search, they never did. The most recent article I found was on the five year anniversary of the fire. At that time, they had “narrowed the search to three suspects…but no arrests [had] been made.”

October is always a bad month for wildfires in California. Plants have been drying out all summer, the winter rains haven’t started yet, and the hot, dry seasonal winds of fall — Santa Anas in the south and Diablos in the north — whip up the flames and drive them long distances. But in the last decade, more and more fires have burned large areas in summer, spring, and even winter, to the point where “fire season” may as well be year-round.