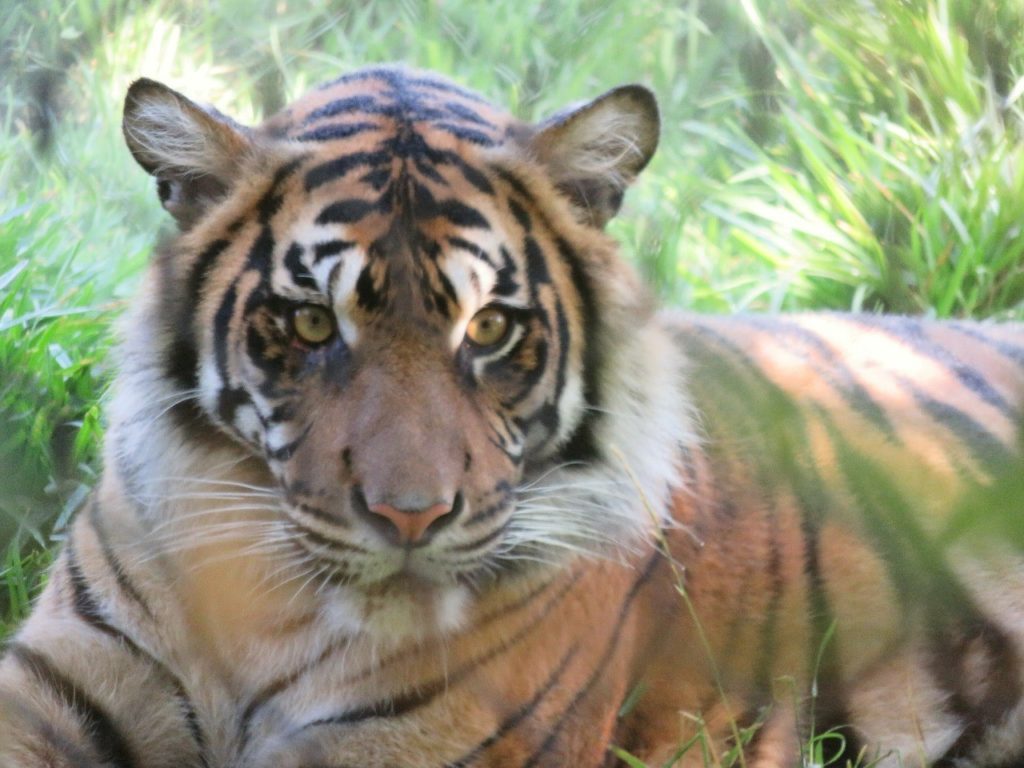 The tiger was a lot closer to the fence than I expected, watching us tourists with a disdainful look as it lounged in the afternoon heat. The fence mostly blurred out of view, but I didn’t notice a dry leaf in front of its face to the left of its mouth, leaving a brown splotch in the camera’s view. The tigers at the San Diego Zoo’s Safari Park have quite a bit of space, and this isn’t the only shade, which makes me think they were people watching. It’s an intriguing thought. And a disturbing one!

Looking at the photo reminded me: Tigers and other large cats have round pupils, unlike housecats. I read an article a while back on a study that linked pupil shape to ecological niche: Horizontal pupils mainly appear in prey animals (sheep and goats, for instance), and vertical pupils appear primarily in ambush predators who are active in both day and night, and whose heads are low to the ground (like snakes and smaller cats). Horizontal pupils handle glare better and offer a wider visual field. Vertical pupils adjust to a greater range of light levels and, by narrowing the depth of field, offer better distance cues…but that effect is stronger when your eyes are close to the ground. Higher off the ground, the vertical slits don’t help as much, so bigger cats like lions kept round pupils.

Expanded from a post at Photog.social. More photos from trips to the Safari Park in this Flickr album.