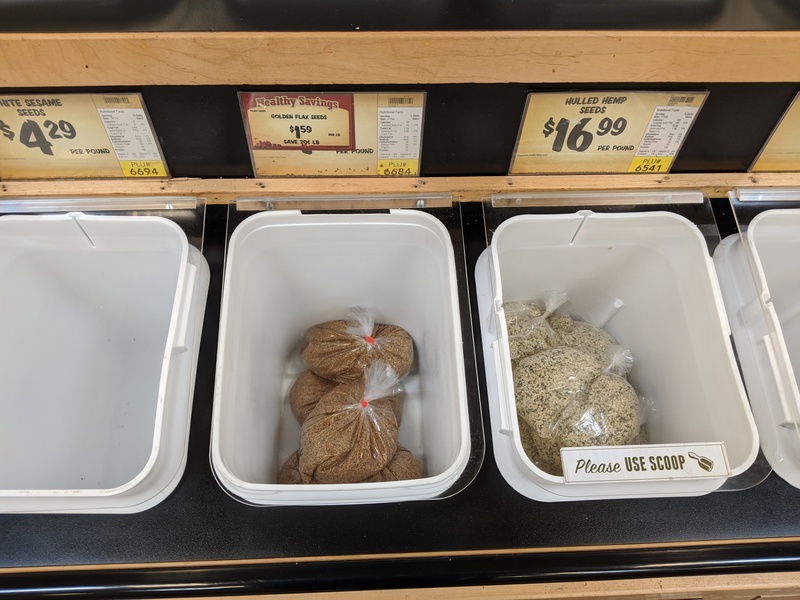 I braved the grocery store last week. It was a bit nerve-wracking after weeks of avoiding people for safety reasons. But it was also interesting to see what was still low and what had been restocked since my last grocery trip a few weeks earlier.

Pasta was almost totally gone. Pasta sauce was really low, actually. Produce was still available. Meat, eggs, dairy and bread were back, but flour was still missing. I was glad to see that alternative flours and pastas – gluten-free options, almond flour, cauliflower pasta, etc – were still available, and that people who didn’t need the specialized options weren’t just snapping them up because they could.

It was also interesting to see how the store handled the bulk bins. It’s going to be a long time before I feel comfortable with a buffet, or self-serve yogurt, or anything of that sort. (I doubt I’m the only one – if this doesn’t finish off Souplantation, they may have to make major changes.) What Sprouts did was to pre-bag measured amounts in each bin. Yeah, you can’t get exactly the amount you need, but it’s still a lot less packaging than something in a box, and there’s less risk of contamination with other shoppers reaching into the bin with the same scoop (or worse, just their hands).