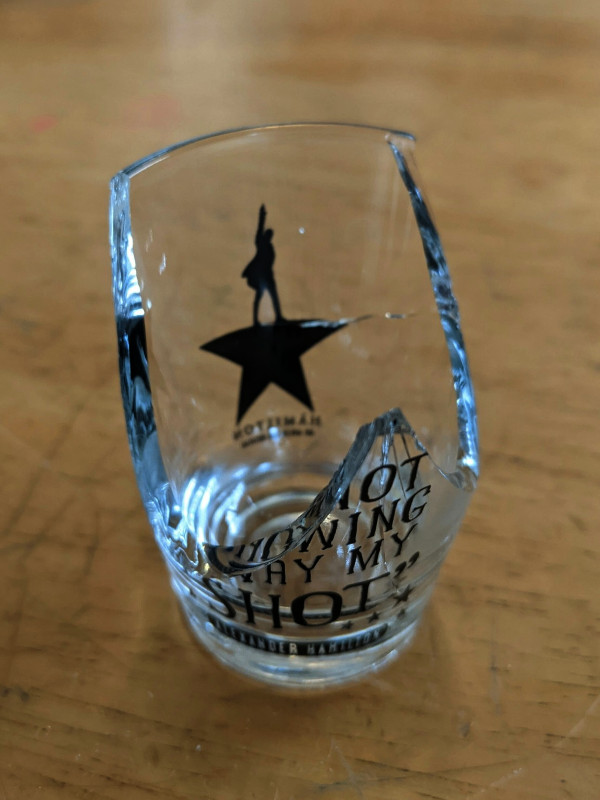 *sigh* I guess I’m throwing it away after all.

How to try out snapshots in Minecraft Java Edition:

How to go back to the stable version:

How to try out betas in Minecraft Windows 10 Edition:

How to go back to the stable version:

There’s a known issue where leaving the beta doesn’t always work — especially if there are multiple accounts on the computer that have Minecraft installed. The only reliable fix so far is to uninstall every copy of Minecraft (Bedrock edition) on the computer, in every user’s account.

I’m just glad I found out that uninstalling the app deletes all your worlds before having to uninstall it on the kid’s login!

The Microsoft Store for Windows really feels a lot more fragile to me than either the standard run-an-installer paradigm or the Linux style package manager. I haven’t dug into its inner workings, but it seems like something that came out of the mobile and console ecosystems…and hasn’t been completely adapted to running on a general computer.

For example: Applications are only accessible for the user who installed them, like on Android. But sometimes it downloads the app all over again, and sometimes it doesn’t. It’s not even clear how much is stored system-wide vs. per-user.

As near as I can tell, the Microsoft Store will only download the application if it’s newer than a version that’s already on the computer. So if the beta is newer than the stable release, and the beta still exists somewhere on the computer (like in another user’s account), it’ll just use that one instead of re-downloading it.

But regardless of how it handles multiple installations on the same computer, it’s inexcusable that there is literally no way to reinstall a broken copy of the game and keep your potentially years of progress on a world without first digging into a hidden folder, then through seven levels of folders with generic or cryptic names just to find your saved games and manually copying your saved games before you uninstall and reinstall the game.

It shouldn’t delete your games (at least not without asking).

And it should keep them somewhere you can find more easily.

Waiting at home for a link to a video call is, in some ways, better than waiting at the doctor’s office. You’re home, after all! You can use your most comfortable chair. You don’t have to worry about getting sick from other people in the waiting room. You know where the bathroom is, you can bring your coffee in, you have all your own reading material.

There’s always that nagging suspicion that the email with the conference link has been lost, and they’ve been waiting for you to connect for the last 10 minutes and will just move onto the next patient.

Which I’ve had happen.

Over the last few months we’ve dealt with Zoom, Microsoft Teams, several in-browser apps and at least one app that couldn’t figure out landscape orientation. Between school and health, we’ve had some setups where we log into an account and the system connects you to the right person, some where each meeting has its own code, and some where a week’s worth of classes will use the same code. Some send the code or URL by email, some by text message, some through a portal. A lot of them send it out right at appointment time.

None of them just, you know, call on the app when they’re ready.

I actually had to reschedule one appointment after checking in. The front office called me on the phone to do the check-in, and at the end they asked if I knew how to get onto their portal to get the Zoom link. I logged in, and waited…and waited…and waited… No new messages, and nothing in the appointment info about how to connect, only that it would be sent in a message. By the time I called back, they’d marked me as a no-show. It turned out they’d sent the link buried in a message (in their portal, of course), back when I’d made the appointment. “But it says you read this message!” Yeah…not recently.

I’ve got to wonder — if someone who does tech for a living has trouble keeping up with this stuff, how hard is it for people who aren’t used to it?

Healthy: If you can take care of something yourself, do it, so you don’t have to rely on someone else to do those things. Self-reliance is valuable, but it’s only one tool in the toolbox, and you recognize situations where cooperating with other people is the better option.

Proverbially, teaching a man to fish helps him develop self-reliance.

Example: I’ll make my own masks out of material I already have.

Unhealthy: Don’t ask for, accept, or offer help, because if you or the other person can’t do it on their own, they’re less worthy a person. Self-reliance is treated as an end in itself, and cooperation with others is inherently suspect.

And why would you teach a man to fish? He should know how to do that by now!

And definitely don’t trust someone who wants to teach you to fish. What the hell do they know?

Example: Why should I wear a mask to help someone else? Whether they get sick is their business, not mine. (Even if they get the virus from me. Which they won’t, because I’m not going to get sick, even though I’m not taking any precautions, because I know better.)

One of these attitudes can help us deal with a pandemic virus. The other will help the virus deal with us.

You know how in every outbreak movie there’s someone who thinks quarantines shouldn’t apply to them and ends up spreading the disease past where it could have been stopped?

I never thought we’d see a bunch of them getting together for protest marches.

Basically “we don’t need brakes because we didn’t actually hit the wall we were heading for” (or hit it slower than expected)…because we hit the brakes instead.

I wonder if the guy applying “live free or die” to a freaking pandemic actually means it.

Or if he just assumes it’ll be someone else.