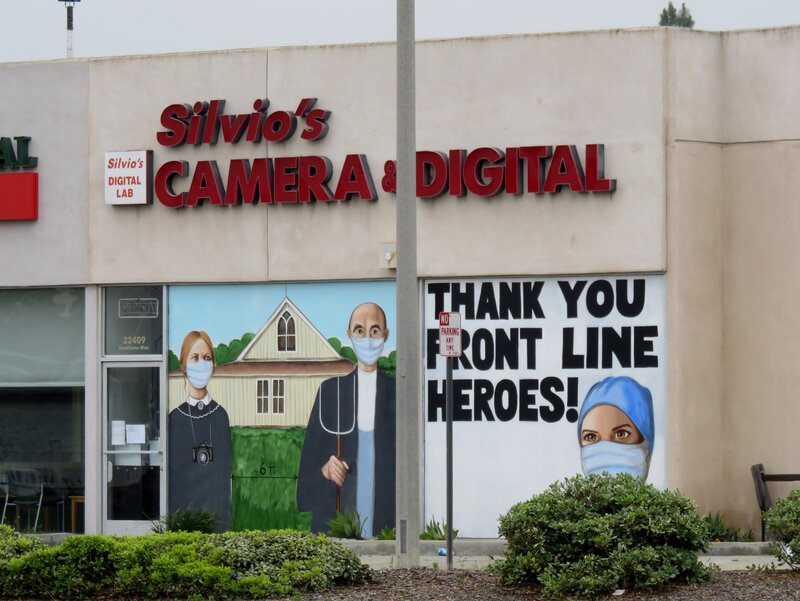 A few miles from Hearst Castle, a trash collector spent fifty years cobbling together his house out of junk and found objects. As Cambria became more trendy in the 1970s, neighbors wanted him to tear down the multi-level “eyesore,” while others saw “Nitt Witt Ridge” as a folk art monument. It’s still there, and still a controversy within the city and its historical society.

This seems like the kind of roadside construction that would fit in with American Gods’ cosmology. More like The House on the Rock than Hearst Castle, despite the proximity.

And it turns out that the first of Wyland’s 100+ whale murals, on the wall of a Laguna Beach hotel, was later painted over as an “eyesore.” (C’mon, really?) But since then, a friend of his bought the building, and he’s recreating the original mural. On canvas this time, so he can move it if anything happens to the wall! 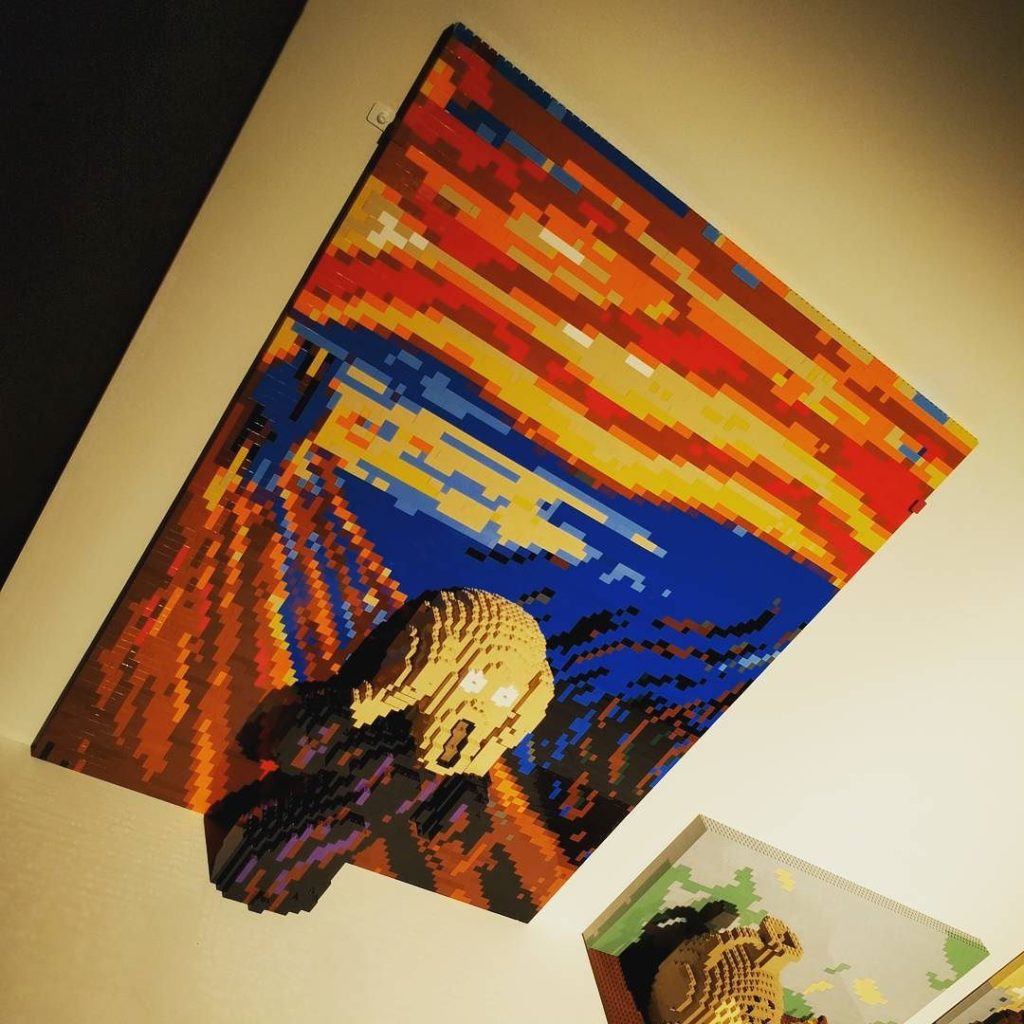 😱 Artist Nathan Sawaya recreates Edvard Munch’s The Scream in LEGO, on exhibit in The Art of the Brick.

Perhaps it’s a cliche, but I’ve rather liked The Scream since I first saw a print of it somewhere. (Well, one version of it, anyway, as the artist created four of them.) Maybe it was in an art book, maybe it was a poster. Maybe it was one of a zillion pop culture references to it. (Heck, it’s got its own emoji now.) I associate it with college, but I also associate it with the crowd I hung out with in high school, so it’s hard to say.

And of course growing up in the 1980s means I have a lot of fond memories of playing with LEGO.

I got to see the full exhibit at the Fleet Science Center last week. (It’s there through the end of January). The first two rooms are mostly recreations of famous paintings and sculptures — Starry Night, the Mona Lisa, Venus de Milo, and so on — and the rest are original works. Some are realistic, while others are outright surreal. Almost all of them are done using standard rectangular LEGO bricks and tiles.

Sadly, the 6YO was not impressed by the subject matter, the creativity, or the craftsmanship (he was much more interested in building in the play area afterward), and tried to leave several times before we got through the whole exhibit. Then we got to the the dinosaur skeleton. That one he liked, as well as the crowd walking along a street that, when viewed from the right angle, lines up with the markings on the wall to form the image of an eye. 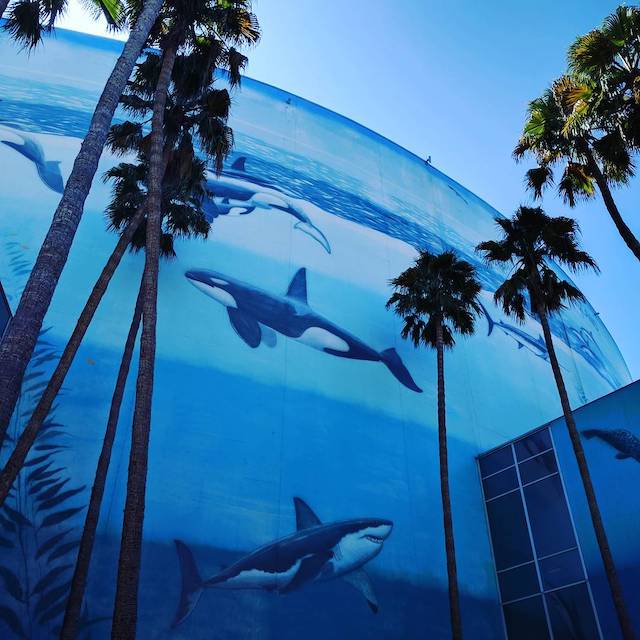 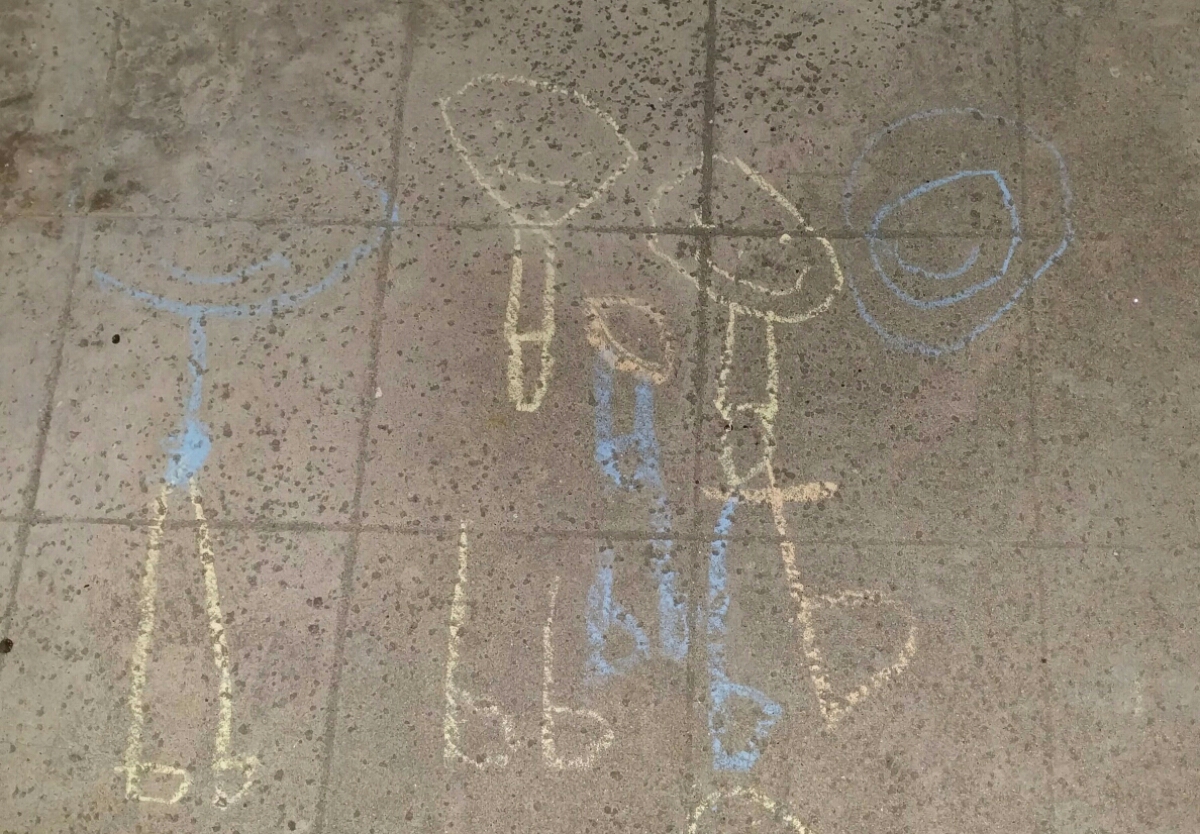 The kiddo was drawing with sidewalk chalk today, after looking at a round-up of panorama fails. So he drew one.