Neil Gaiman writes about the re-release of The Day I Swapped My Dad For Two Goldfish:

There were copies of the new edition of THE DAY I SWAPPED MY DAD FOR TWO GOLDFISH, with the Enhanced CD in it. It’s bigger than the original edition, has a new Dave McKean cover (mostly because people seemed convinced that the old cover had something to do with Counting Crows, and because the cover didn’t really reflect the art style inside) and I wrote a new afterword for it.

I mentioned this to Katie (a Counting Crows fan), and of course we both wondered about the comment. So I tracked down a copy of the original book cover: 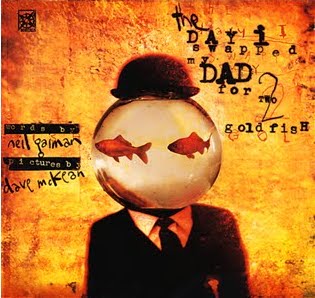 One look at this, and Katie said, “That is the album cover!” She immediately ran into the next room to pull out This Desert Life: 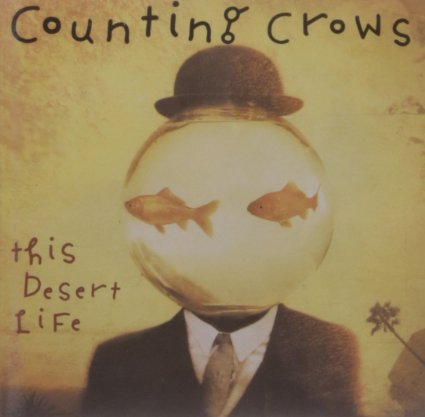 Sure enough, a quick look through the liner notes yielded, “Illustrations by Dave McKean. Cover illustration adapted from the book, ‘The Day I Swapped My Dad For Two Goldfish,’ by…”

For those who are interested, here’s the new edition of the book: 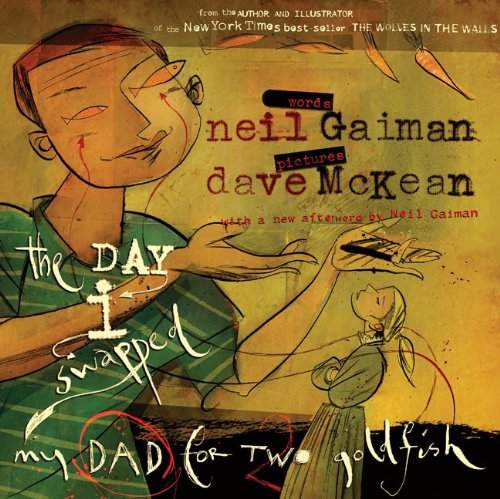 Went to the Counting Crows concert last night. They have a D’Amico drum set. Between the (all-caps) font and the distance, I kept misreading it as D’Argo!

Went to the Counting Crows concert last night. Good concert, even after their drummer disappeared partway through the show due to an unspecified medical emergency. They improvised acoustic versions of several songs, then brought on the drummer from Toad the Wet Sprocket (who opened for them) and the ex-drummer from Cake (who I guess just happened to be there) to finish the set. Still no news of what actually happened, or even whether it was Ben or a friend/relative of his.

Oh, and I’ll have to get Katie to post the fish quote.

Unfortunately it took a half hour just to get to the car afterward, so we didn’t get home until one in the morning.

I’m on my second large coffee…