After a failed attempt yesterday, I was even more determined to try to spot comet Pan-STARRS tonight when it would appear near the moon. Naturally, the morning was fogged in, and the fog bank remained on the western horizon all day. I looked on Google Earth for a nearby hill with a western view and public access, and I found Fred Hesse, Jr. Park in Rancho Palos Verdes.

I arrived just minutes before sunset, and found thirty or so people lined up along the western edge of the hill with telescopes, binoculars, and cameras on tripods. It reminded me a lot of the eclipse I watched last May (also in Palos Verdes, though at a different park). 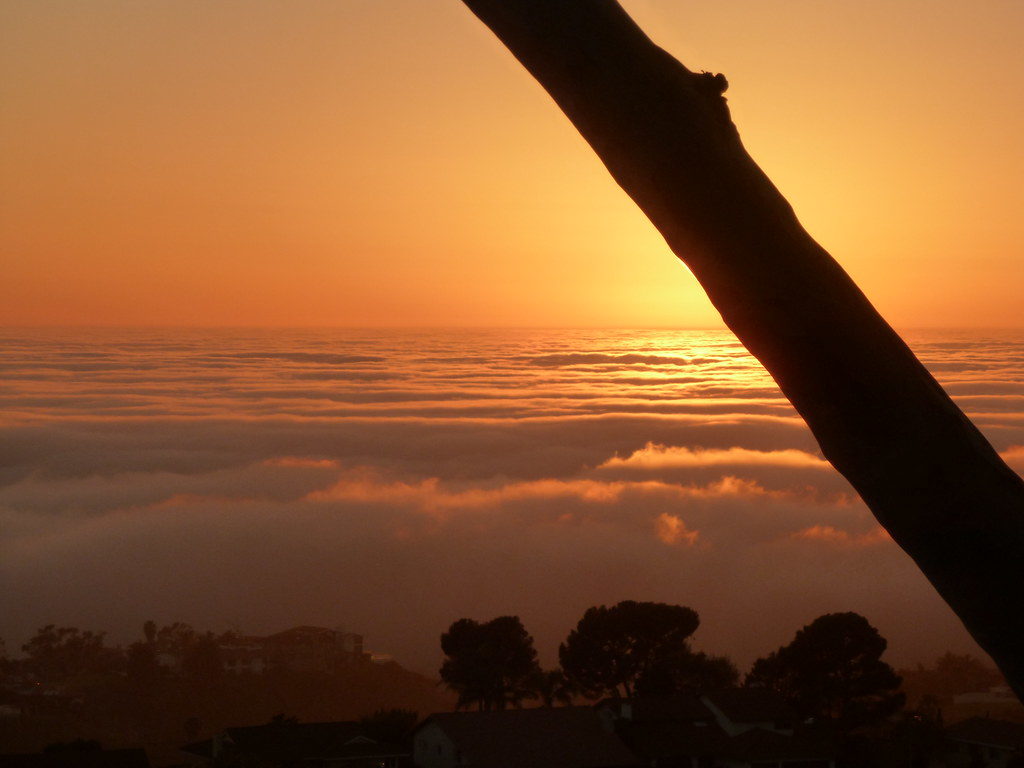