We picked up a few flyers on our way to Las Vegas, including one for the Haunted Vegas tour and show. We didn’t get around to looking it up, but we didn’t quite need to.

The South Coast Hotel* is so new that they’re still building things like the swimming pool. Being new, lots of things didn’t quite work right. The 42″ wide-screen TV was stuck on with no picture, so it glowed faintly in the dark until I unplugged it and plugged it back in. The water was so soft that you couldn’t rinse off in the shower. One drawer in the dresser just wouldn’t open.

The most bizarre was the whistling. Our first night in town, we noticed a whistling sound like water rushing through pipes, or like someone trying to blow across the top of a bottle. We figured someone in the next room over was taking a shower, but it kept going. The noise stopped when we opened the door, then started again when we closed it. Standing barefoot near the door, I could feel the air rushing in underneath it. It turned out the air pressure in the hallway was high enough that the air rushed in through the door jamb, creating a constant whistling sound.

So we blocked the jamb with a towel every night and slept soundly. But it wasn’t just our room. Every time we walked down the hallway, we could hear the sound coming from other doors as we passed them.

*We finally found out why it’s called South Coast when it’s hundreds of miles from anything resembling an ocean. (The Salton Sea doesn’t count.) The company also operates the Barbary Coast, Gold Coast, Sun Coast, and several other casinos in the city. The new one is farther south than… well, anything else in town, so: South Coast.

I was looking for info on the “Haunted Hotel” sign I snapped the other day, and discovered that the Whaley House in Old Town San Diego is supposed to be the most haunted house in America.

And it was just down the street from our hotel. We walked past it every morning on our way to the trolley station and every night on the way back. I’d thought about visiting it just out of historical interest, but our days were pretty much taken up by Comic Con.

At least that explains why people were wandering around the place with flashlights and cameras at 11:30 last night. 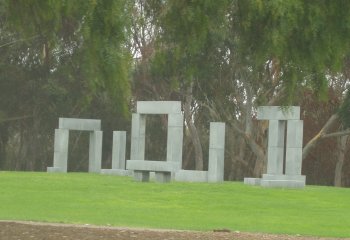 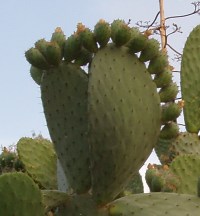 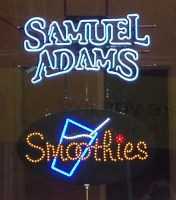 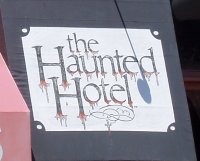 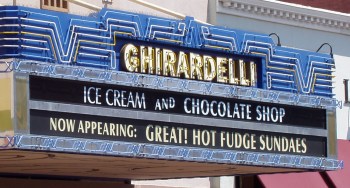