OK, the last set of photos were nice scenic pictures. This set is stuff that looked interesting. END_OF_DOCUMENT_TOKEN_TO_BE_REPLACED

Yes, it’s been 3 1/2 months, but I finally got around to posting some of the best of the Hawaii photos! 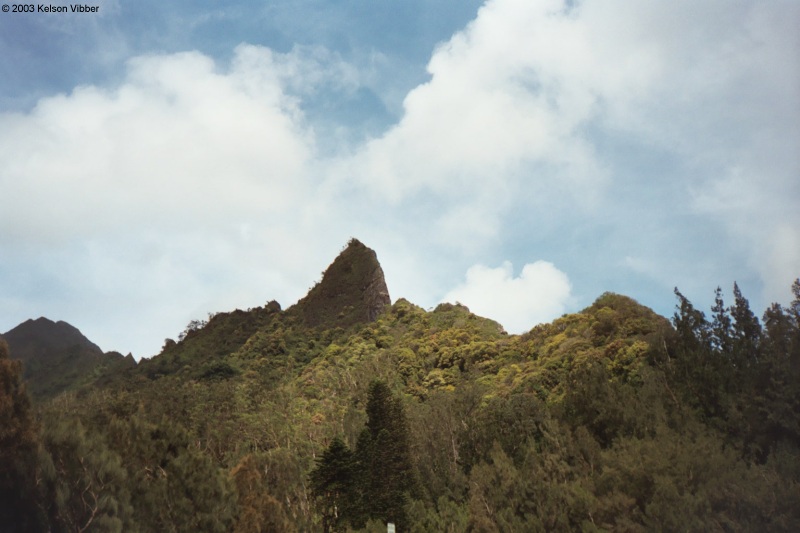 Well, deadline day is today, the U.N. is in all likelihood not going to budge, and we’re due to leave for Hawaii on Saturday. Makes for a very freako situation. Welcome to my life.

Kelson and I were discussing this last night and decided that if anything happened between now and then, we weren’t getting on the plane. Now that it’s about 95% likely we’ll have to fish or cut bait on that decision, I’m thinking we’re probably no more in danger on the plane than either here or in Hawaii. First off, Hawaii is U.S. soil. There’s not a lot of other soil around, really. Plus, it’s already been bombed once, and as Lilo says, “It’s nice to live on an island with no major cities.” Second, there aren’t many tall buildings in SoCal. Sure, somebody could crash the plane into Disneyland, but what a way to go. Third, and probably most important, security is going to be on red alert from today forward, no matter what happens. It’ll probably mean I have to wear a non-underwire bra at LAX and mail my Swiss Army knife to the hotel, but I’d like to see a terrorist try to get through. (Try. Not actually do.)

And if they shut down air travel when we’re due to come home, well…..see above.