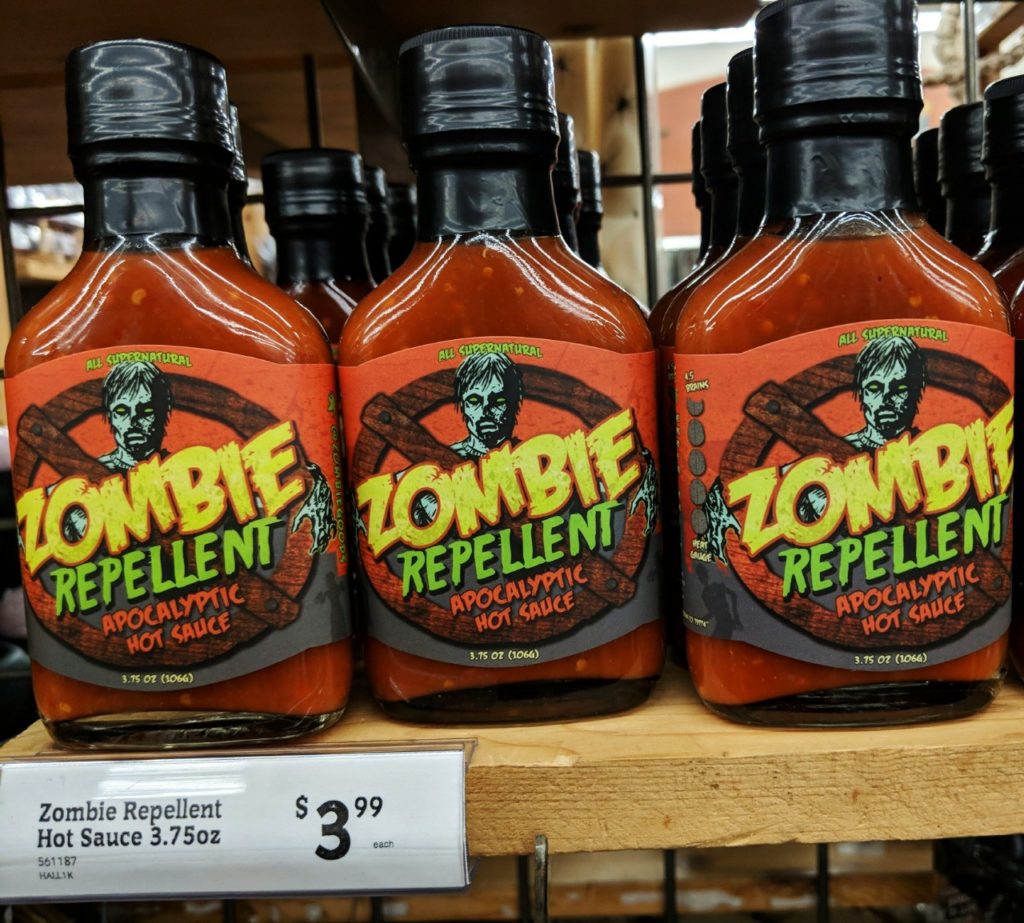 Spotted at World Market over the weekend.

Somehow I’ve managed to end up watching mostly shows based on comic books this year. And amazingly, there are enough of them out there that I have to pick and choose. It seems I’m able to keep up with about 3 shows on a weekly basis, and still fit in family, work and other hobbies.

The Flash: I’m still amazed that 1. there’s a Flash TV show, 2. it’s good, and 3. it’s successful enough that it’s actually been renewed. This is the one show I make an effort to watch the night it airs, and I’m enjoying it a lot more than I’ve enjoyed the comic book in the last few years.

iZombie: The other show I’ve managed to stay current with. I’ve found that as fun as the case of the week is, it’s the continuing subplots that keep me coming back: the search for a cure, the back and forth with Blaine and the zombie population of Seattle, Major’s living hell, etc.

Supergirl: This has turned out to be a lot of fun, though I’m not *ahem* super-invested in it yet.

Agents of S.H.I.E.L.D.: Uneven. I’m finding the Inhumans storyline tedious, but then I’ve never liked that sort of story much. Simmons’ adventures on the other side of the obelisk, though….I’m really intrigued by that. (Note: I’m behind a couple of weeks, so I haven’t had a chance to watch “4,722 Hours” yet.) Update: “4,722 Hours” was absolutely fascinating. The Hydra/Inhumans stuff is really turning into a slog.

I am really looking forward to Jessica Jones. I was a fan of the original Alias comics, and this group did an amazing job with Daredevil. Update: It’s fantastic. Even better than Daredevil. But it’s intense enough that I only want to watch one episode at a time, when I can follow it with something lighter.

The Librarians: Fun popcorn adventure with a literary bent to it. Not sure I’m totally sold on Prospero and Moriarity as the villains, but if they follow last year’s pattern, they’ll mix things up.

Heroes Reborn: It was a lot better than I expected, but not enough to keep me.

Meanwhile, I’ve given up on “Once Upon a Time” completely. It just slowly turned into a parody of itself. “Castle” was still fun last I caught it, but too far down the priority list to keep up with it. 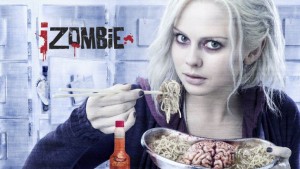 iZombie has a premiere date! The comedy/horror/murder mystery show launches March 17 on the CW.

I’ve been describing iZombie as a mash-up of the Robeson/Allred comic’s premise (woman becomes a zombie, but can keep her mental faculties as long as she eats one brain a month…then starts picking up memories and personality quirks from the brains she eats) with Pushing Daisies (someone able to communicate with the dead in an odd, but limited manner teams up with a detective to solve murders) and Veronica Mars (produced by Rob Thomas and Diane Ruggiero), all of which sounded promising, since I liked the iZombie comic, Pushing Daisies, and Veronica Mars. Based on the previews I’ve seen online and at SDCC last summer, that description is (if you’ll pardon the expression) dead-on.

CW has the first look trailer for the show.

ComicBookMovie has the official synopsis of the show. Rose McIver stars as the main character, Liv, who takes a job in the coroner’s office to satisfy her need for brains, but gets found out by her boss…who is actually quite fascinated. As she picks up memories and skills from murder victims, she helps a detective solve cases while seeking the man responsible for her own zombification.

The Hollywood Reporter has an extensive article talking with the producers and stars about the show’s tone, characterization, how Liv differs from Veronica, the nature of zombies on the show (if they don’t eat brains regularly, they turn into classic Romero-style zombies) and so on.

It looks like it will be a lot of fun, and while it’s got half-season-wonder written all over it, you never know. I mean, the fact that we got a second season of Pushing Daisies qualifies as a television miracle! 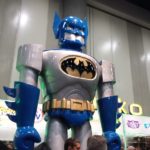 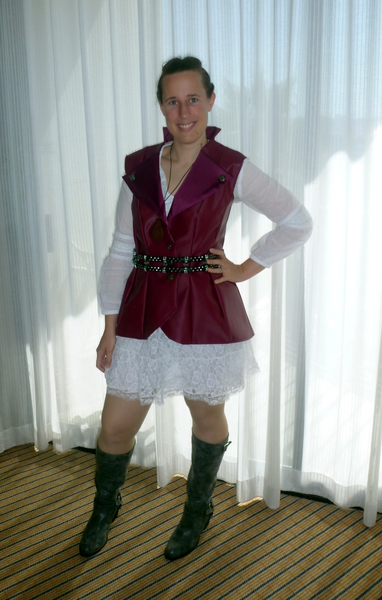 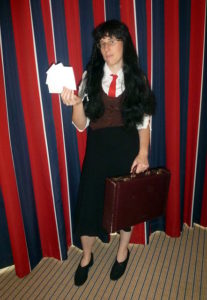 Also: Every Cersei Lannister we saw was carrying around a wine goblet. Every. Single. One. END_OF_DOCUMENT_TOKEN_TO_BE_REPLACED