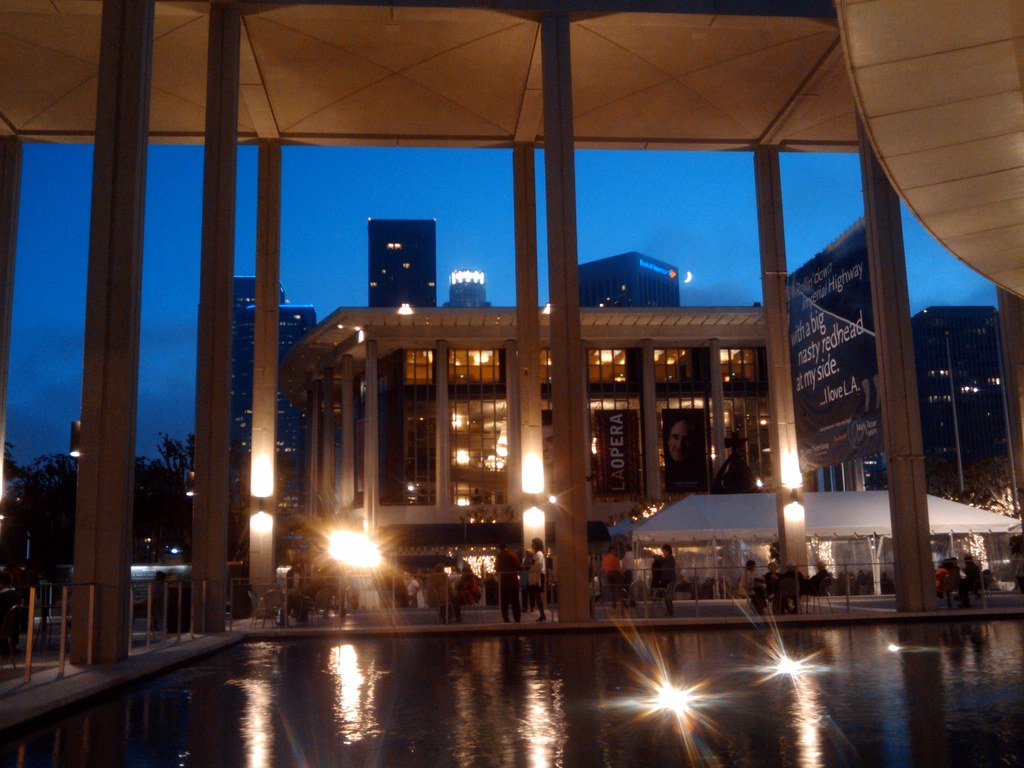 On Saturday we went the the Mark Taper Forum to see The Glass Menagerie. It seemed an appropriate night for a “little silver slipper of a moon” (next to the Bank of America tower).

It was a great production, and one that really made use of the idea of it being a “memory play.” Most of the productions I’ve seen (including the one I did in high school) tend to switch between past and present as if they were two distinct experiences. This one mixed them together freely.

(Interesting thought: I’ve probably been to the Ahmanson Theater a dozen times or more, and I’ve seen three shows at the Mark Taper Forum…but I’ve never been inside the Dorothy Chandler Pavilion or the Walt Disney Concert Hall.)

Just got back from seeing “The School of Night” in LA. Good play. Awful drive. Must sleep.

They’re taking the Great Park Balloon up! Would be the perfect day (all the snow)…but I don’t have time!