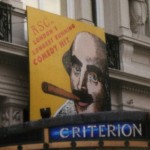 A few days ago, when I tried to post about the Shakespeare’s Globe Theatre photos from my phone, I ran into a few problems getting Swype to recognize the Bard’s name. It came up with the following: 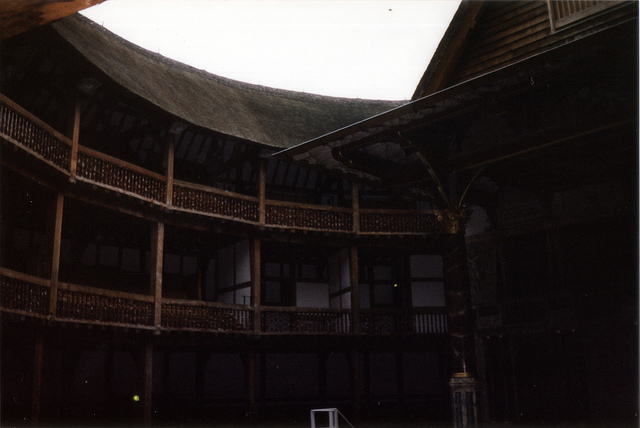 I’m a bit late to the Shakespeare love floating around online today, but I did track down a few pictures from a 1999 trip to London. I had a few days at the end of a tour to wander around, and having just graduated with a drama degree, I had to visit the reconstructed Globe Theatre. I mean, seriously: Shakespeare. 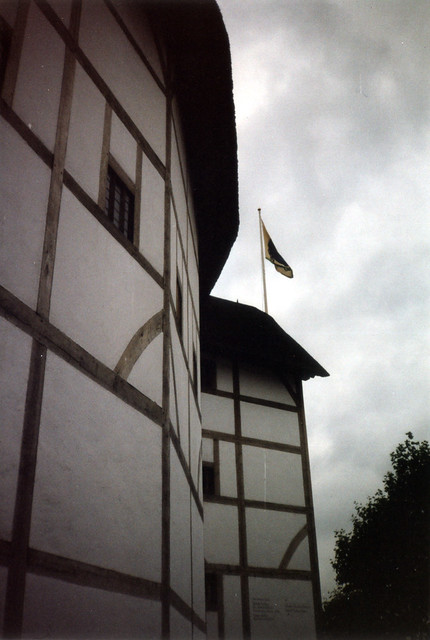 I also stopped by the Criterion Theatre, where the RSC was presenting — no, the other RSC: The Reduced Shakespeare Company’s “Complete Works of William Shakespeare (Abridged). 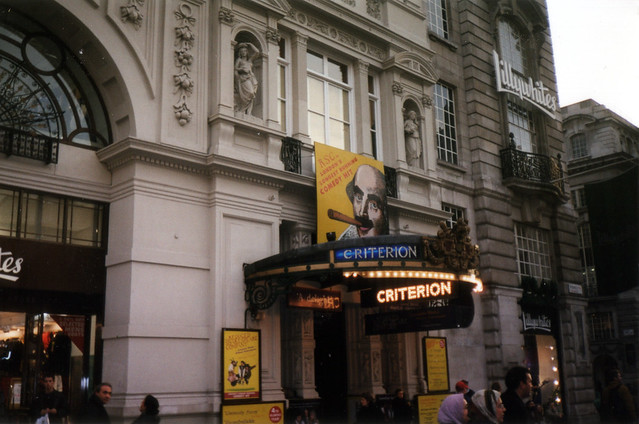 One of these days I’ll track down the negatives and get a better scan.

Randy Cassingham of This Is True has been driving a weekly Twitter event he calls Pet Peeve Wednesday, with the hashtag #PPW*. Some items I’ve posted about things that Just Bug Me(tm). I guess I shouldn’t be too surprised that they fall into two categories, tech and language.

After a Friday spent relaxing at home (no after-Thanksgiving Day sales, unless you count skimming the recommendations at Amazon), we drove up to LA to see the play Equivocation at the Geffen Playhouse. The drive was astonishingly fast (everyone must have been either at home or at the mall!), so we had plenty of time to wander Westwood looking for someplace to eat.

We ended up at Yamato, a Japanese restaurant that I’d definitely eat at again! I did wonder about the original purpose of the building, since it clearly hadn’t been a restaurant to start with. One of us spotted a plaque outside identifying it as The Westwood Building, built in 1929. Among other things, it did include a bank, which was one of my guesses.

After dinner we went looking for places we could get dessert and/or coffee after the show. The two Coffee Beans were both going to close by 9:00, but the Starbucks was open until midnight, and Diddy Riese was open until 1:00. We stopped in at Rocky Mountain Chocolate factory to get some sugar-free chocolate for Katie, and then made our way over to the theater.

Bill Cain’s play is a political thriller in which William Shakespeare is commissioned to write a play about the Gunpowder Plot to assassinate King James I and blow up Parliament. (Remember the fifth of November?) The problem: the king wants him to write the official version of the plot, which has been somewhat…embellished. Shakespeare has to deal with political pressure from the Crown, conflicts among his actors, estrangement from his daughter Judith…and the question of truth: Can he find it? If so, can he afford to write it?

It’s a compelling story — terrorism and torture are topical, and political intrigue is always in fashion — and manages to give you enough information on the background that if you don’t know much about the Gunpowder Plot, or even about Shakespeare, you can still follow what’s going on.

Some familiarity with Shakespeare helps, though. The Globe is rehearsing King Lear at the beginning, and it quickly becomes clear that The True History of the Gunpowder Plot will eventually become Macbeth. References to Shakespeare’s legacy are scattered throughout the play. There’s also a great comedic moment at one point that is only funny if you know about the Porter scene in MacBeth, but it doesn’t interrupt the flow if you don’t know it.

(Some recognizable faces in this production: Harry Groener, the Mayor of Sunnydale from Buffy the Vampire Slayer, and Connor Trinneer, Trip from Star Trek: Enterprise. Coincidentally, Groener was also in the last play I saw, Putting it Together at South Coast Repertory.)

After the show we walked down to Diddy Riese, but the line was long enough it looked like it might take an hour just to get ice cream. By which time coffee wouldn’t be an option, unless they had some there. So we ducked over to Starbucks for a half hour or so, then drove home.

Just got back from seeing “The School of Night” in LA. Good play. Awful drive. Must sleep. #

They’re taking the Great Park Balloon up! Would be the perfect day [all the snow]…but I don’t have time! #