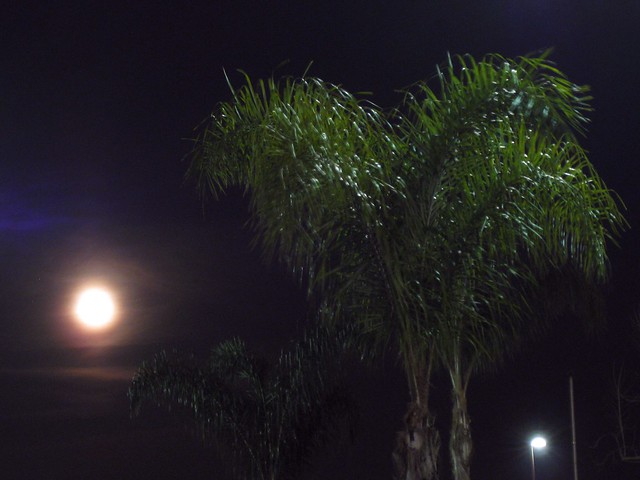 While driving from Newport Beach to Lake Forest, we watched the full moon rise through a layer of haze and clouds.

For much of the drive it was surrounded by a bright yellow glow, light reflecting off the haze. A few minutes in, we noticed a light pillar shooting straight up from the moon. I seriously considered pulling over to the side of the freeway to take a photo, and probably should have, because it was almost faded by the time we reached our destination. The moon may have risen too high, or the ice crystals drifted away or evaporated, or perhaps it was simply drowned out by the city lights. A lot of the 405 runs past residential areas with lots of trees, so there aren’t too many lights visible from the freeway. You can just barely see the remnant of it in this photo.

I did manage to get one picture of the moon rising behind a cloud layer at the beginning of the drive: 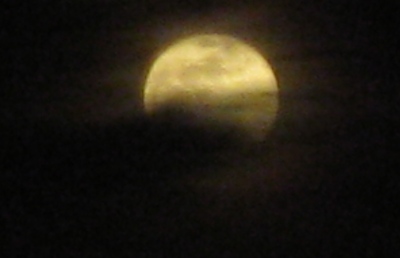 Yes, it’s digital zoom. On one hand, at times like this I wish I had a better camera. On the other hand, if I did, I wouldn’t have been able to capture this while sitting at an intersection waiting to turn! 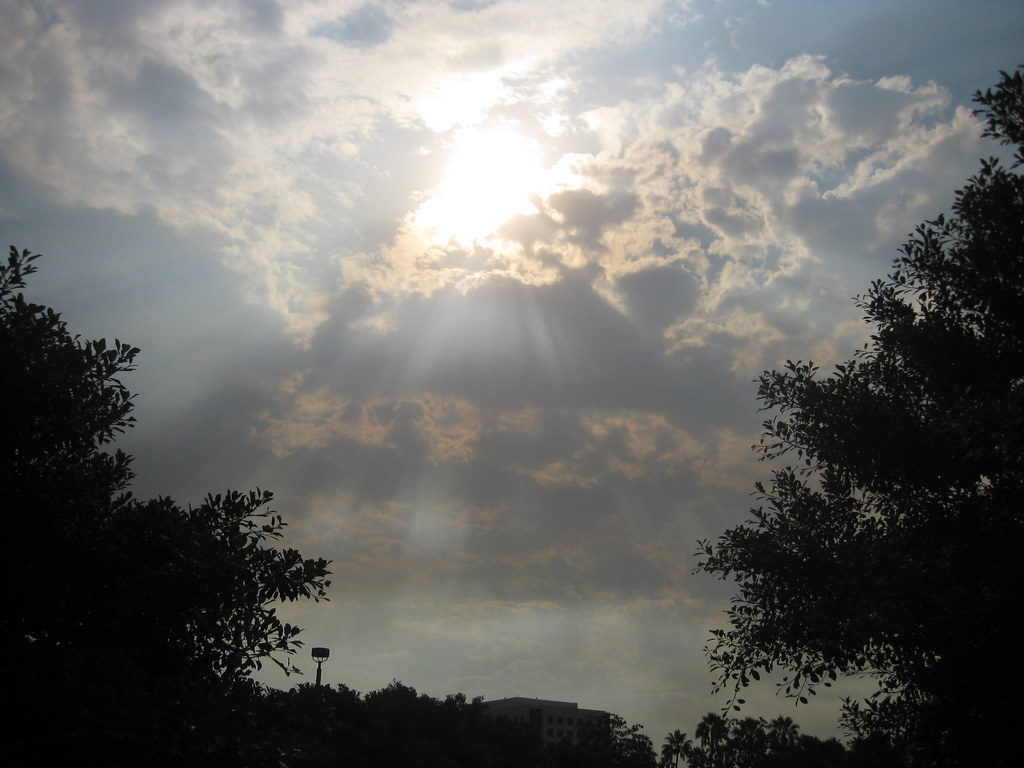 A complex display of crepuscular rays lighting up a haze of smoke drifting in from the Station Fire.

This next shot, taken from a 4th story window, isn’t framed as well, but shows off the complexity better. 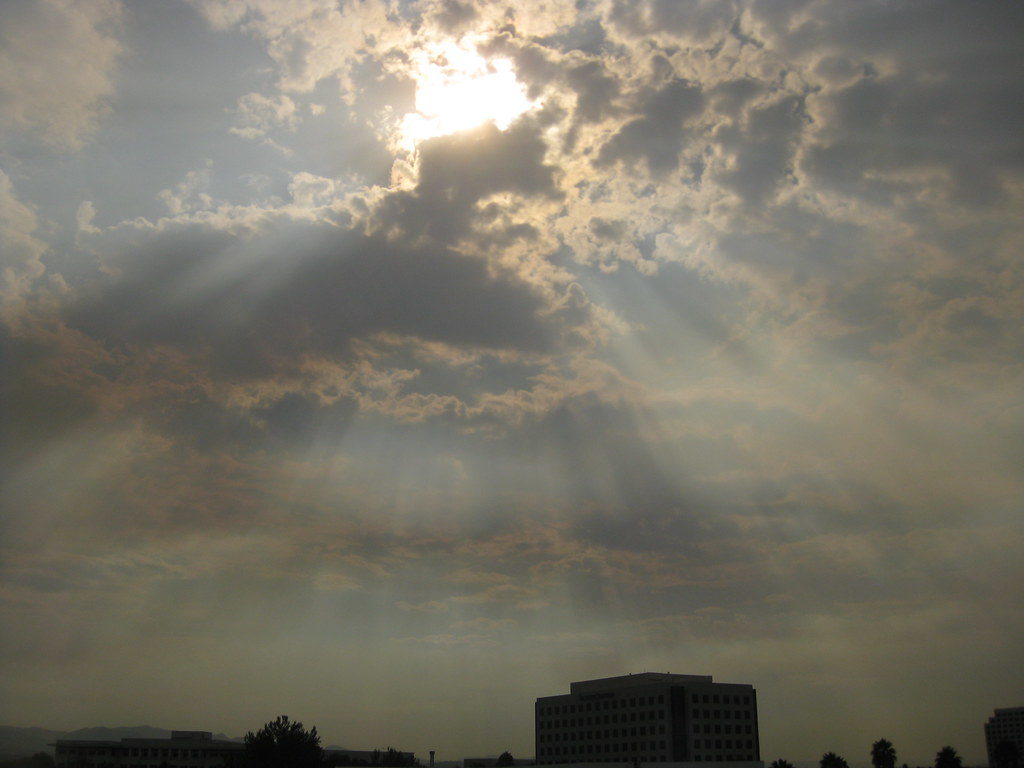 Just discovered there’s an Atmospheric Optics Picture of the Day! #

The other day I was walking past a construction site in the Irvine Spectrum area, and noticed a rainbow-like ring appearing in the road. I immediately thought of this mystery photo on APOD and its (rather technical) explanation. Naturally, I had to take a picture myself. 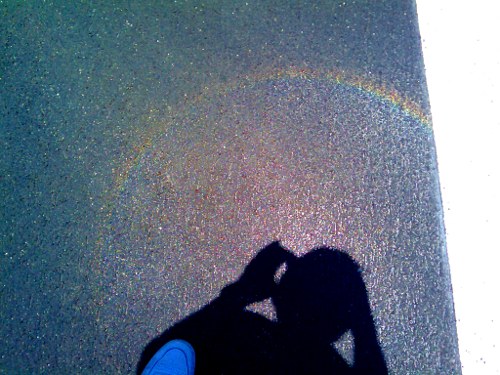 It basically is a rainbow, except formed by reflections in tiny glass beads (used for sandblasting) instead of raindrops. The physicist who posted his (much better) photo to APOD had a better camera handy. And a linear polarizer. (Don’t you always carry one of those?)

Sadly, I only had my phone.