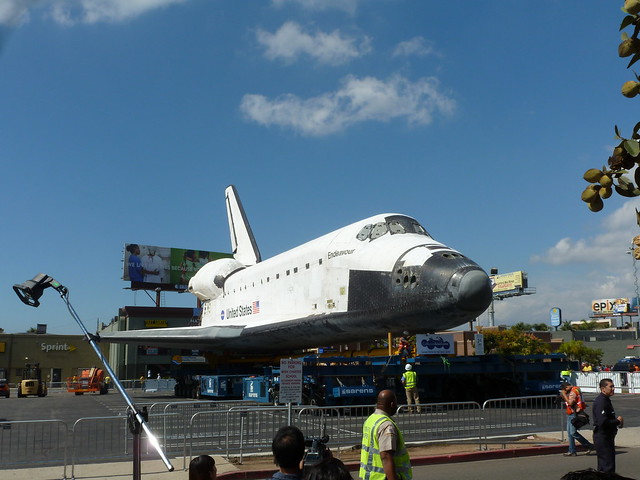 Last month I had the good fortune to watch Endeavour’s landing at LAX from the office building where I work. Today I had the opportunity to see the space shuttle up close while it stopped at a parking lot in Westchester.

When I got to work this morning, the shuttle had already left the airport hangar where it had spent the last month, and was sitting in a parking lot a mile or so away. I didn’t have time to go look at it, but I did have time to climb up to the top of the parking structure and look for it. 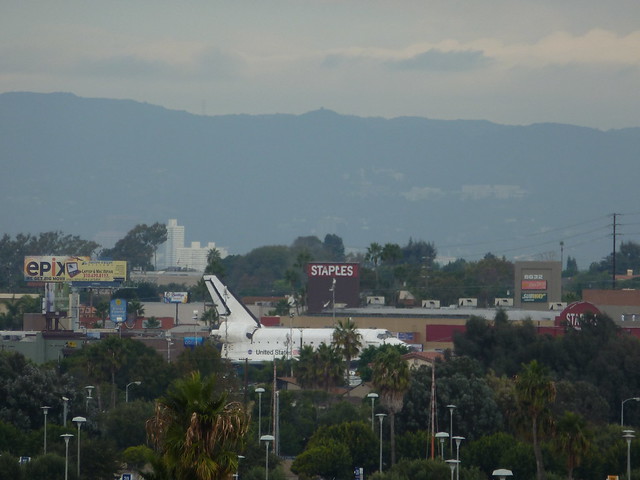 The first thing I spotted was the distinctive tail, and I walked along the top floor until I could see as much of the shuttle as possible. It looked out of place surrounded by trees and a Staples sign, though I couldn’t help thinking, “Space shuttle? Yeah, we’ve got that.” I took a few zoomed pictures with my camera, then one really grainy with my phone for the “now” impact, then headed into the office. END_OF_DOCUMENT_TOKEN_TO_BE_REPLACED 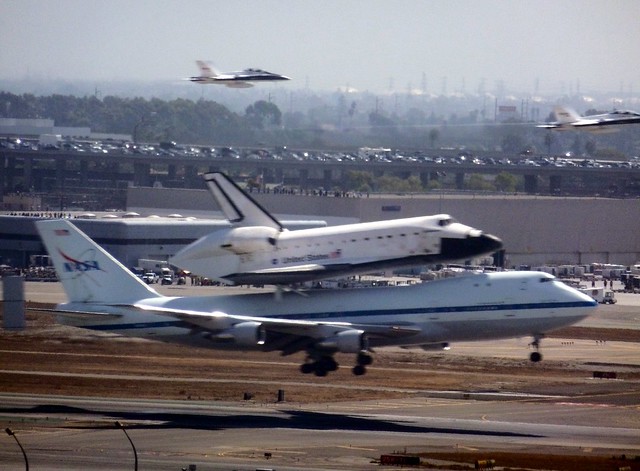 This time it was being carried by an airplane, from another airport. Safety wasn’t any more of an issue than a normal flight, so they landed at a regular airport. (Though it was escorted by military aircraft.) And since it was the last-ever shuttle flight, there was a bit of showmanship to the flight plan: END_OF_DOCUMENT_TOKEN_TO_BE_REPLACED