I’ve been to the San Diego Comic Con every year since 1990 (before they changed the name to Comic Con International), but this is the first year I’ve gone in costume.

Last weekend, Katie and I searched a bunch of vintage clothing and regular clothing stores looking for pieces she would need for a Sluggy Freelance Gwynn costume from “The Bug, the Witch and the Robot”. I already everything for a Riff costume except long hair, so we looked for hair extensions as well. We plan on putting up a “how-to” at some point, but I’ll just post the finished product here. 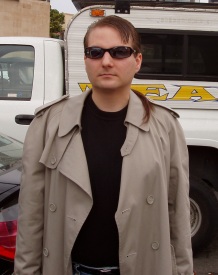 We carpooled with my parents, who had gone on Friday, gotten stuck in traffic, spent two hours trying to find a parking space, and finally got into the convention at noon. So they wanted to leave early today. Early like 7:00. Early like waking up at 5:30. We ended up putting the hair extension on in the car.

The line to pay for parking 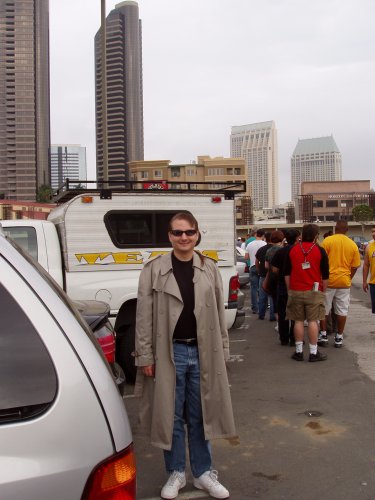 Rock Lobster next to an Octopus’ Garden 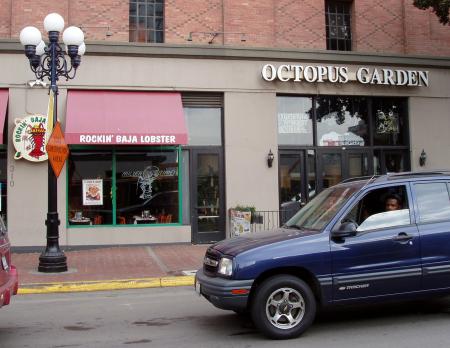 Katie and I wandered the industry area for a bit, mostly looking for the Real Life booth. We saw the inspiration for Thursday’s strip. We got in this line to get to the booth, only to realize after a couple of minutes that they were all getting things signed by the Megatokyo creator. So we went over and talked to Greg and Liz – Greg recognized Riff immediately (trench coat and sunglasses), but couldn’t place Gwynn at first. We chatted for a bit, told him we really liked the comic, and I bought a shirt! Should’ve gotten a picture, though. Oh, well, next time.

We ended up at the WETA Sideshow display at one point. (Somehow planners had placed everyone that had a major Lord of the Rings display in a row: WETA, New Line, EA, etc.). They had some great life-sized statues, as well as the miniatures they were selling. Here are Gollum, an Uruk-Hai, and a Nazgul. 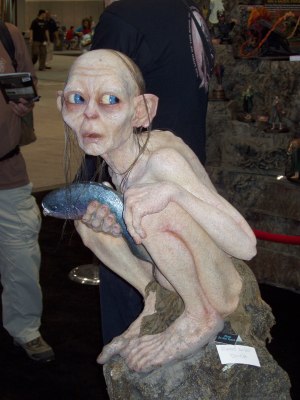 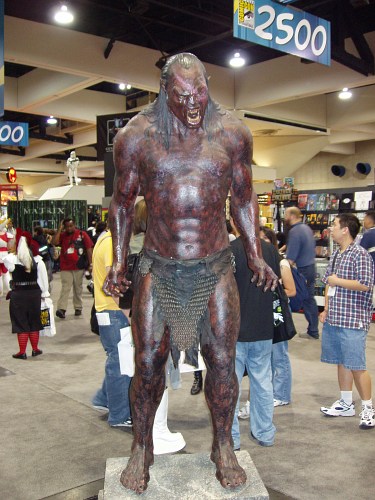 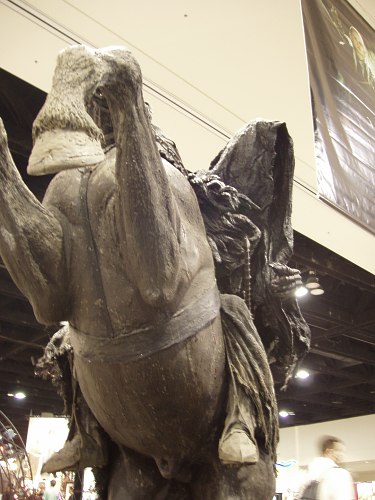 We met up with Sean and Wayne at the Neil Gaiman panel. Interesting tidbits, fun stories, and several blurry pictures that I’m not going to post here.

After we all got back from lunch, we started heading to different panels, back to the floor, etc. Here are some more random pictures:

At the main floor 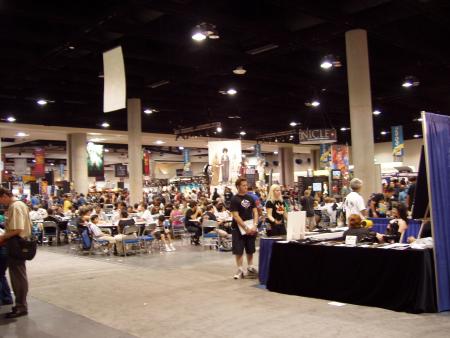 Lord of the Rings Mecha Armor? 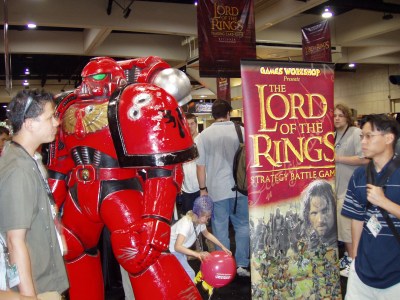 (This should be a reminder to always check where your signs get placed!)

The Joker and Harley Quinn 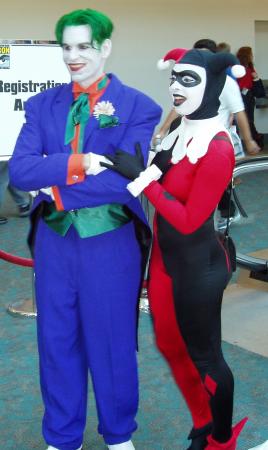 (Sorry, I didn’t get any photos of the woman wearing two strips of duct tape instead of a shirt.)

Next year we’re thinking about getting a hotel room and driving down the night before. We’re also thinking about going two days. The con has just gotten so big, you just can’t see it all in one day and go to panels.

Let me leave you with this image, seen from the freeway on the way home: 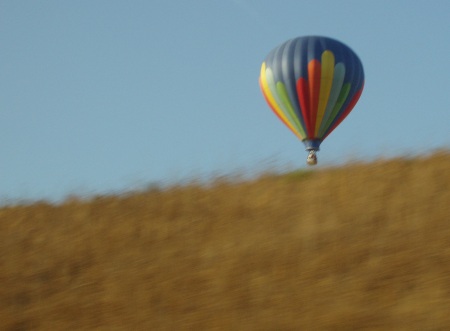