As long as I’m debunking myths about Southern California, check out this picture of the Los Angeles skyline: 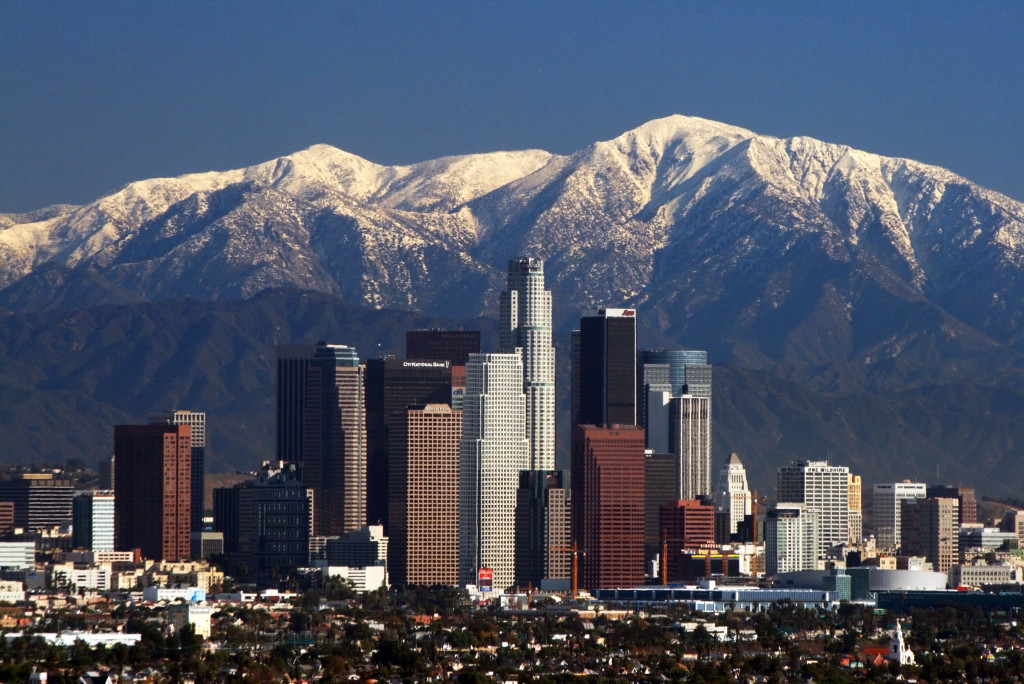 Granted, I doubt it looks like this very often (the mountains only get snow in winter, and you can only see them like this on a clear day).

Update January 2008: I see this post is getting a lot of attention with the recent snowstorms. I’ve posted a panorama photo of almost the entire mountain range covered in snow.

Update January 2016: Apparently the photo I originally had here was deleted from Wikipedia years ago because it wasn’t actually in the public domain. I’ve removed it and replaced it with a photo by Nserrano from the Wikimedia Commons, licensed under CC-BY_SA 3.0. It’s not quite the same view, but it’s just as impressive.

Update February 2019: We’re having another winter with lots of storms. I’ve posted some of my photos of the mountains from this month.

7 thoughts on “Snow-capped mountains of L.A.”