DC has announced their comics for June, and I’m really looking forward to three books.

First, they finally announced a release date for the re-launch of The Flash: The Fastest Man Alive. It was getting to the point where I was in more suspense over when they’d launch it than who was going to be wearing the mask. And at least we know that Wally and Bart are “not dead” (in the words of Infinite Crisis writer Geoff Johns), though that doesn’t necessarily imply we’ll see them anytime soon. Now I only have to worry about who’s going to be “the” Flash, and whether the new book will be any good. 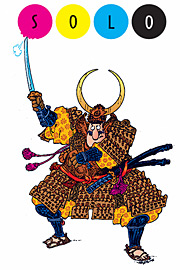 Almost as good was the surprise return of Michael Moorcock & Walter Simonson’s Elric: The Making of a Sorcerer. They got half-way through this mini-series in 2004, and issue #3 just never appeared. It looks like they’re finally going to finish it. Which reminds me, I should look for the final book in the Elric/Von Bek trilogy and see if it’s in paperback.

And then there was the real surprise: An issue of Solo by Sergio Aragonés and Mark Evanier. (Shouldn’t that be Duet?) Need I say more?

2 thoughts on “Speedsters, Sorcerers, and Sergio”