Now that the election is done, here are some of the campaign signs we saw that elicited some unintended laughter. 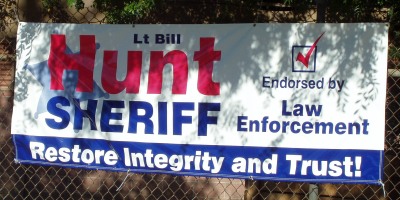 I couldn’t decide between two captions: “But I did not hunt the deputy…” and “I didn’t think they were in season.”

This isn’t funny on its own, but coming right off the Lost season finale, all I could think was, “Vote for me, brother!”

Uh… I hate to break it to you, but that’s green…