Hmm, I wonder how many newsstands displayed these books next to each other: 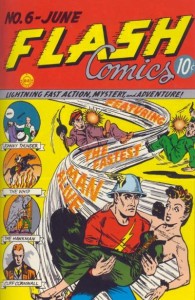 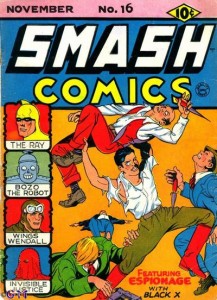 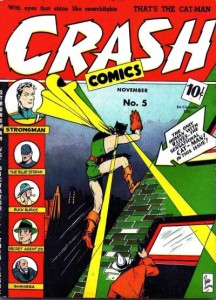 An explanation: I recently stumbled across a mention of Smash Comics, a series from Quality Comics that ran more or less concurrently with the more familiar Flash Comics. Just for kicks, I searched the Grand Comics Database (which is where I got the cover images) for Crash Comics, and found Crash Comics Adventures, which ran for 5 issues in 1940 before spinning off a series on the original Cat-Man. So the three books would have been on sale at the same time!

I couldn’t find any other books with the same pattern in the title. The GCD does substring matches, and “ash comics” only brought up variations on these three series. Though it did remind me that DC resurrected the Smash Comics title for one chapter of the 1999 The Justice Society Returns! event.

One thought on “Flash Smash Crash!”