While looking for something in Flash: The Fastest Man Alive #1, I noticed something interesting. This is from the Barry Allen dream/origin sequence: 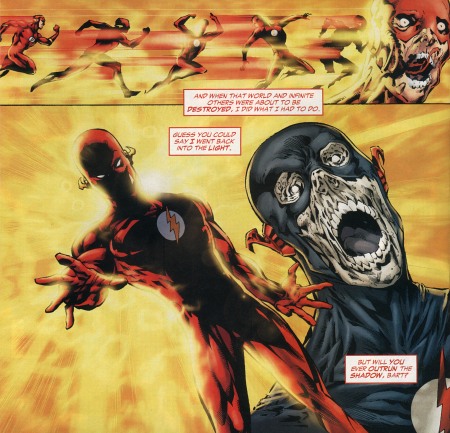 It shows Barry’s death, along with the Black Flash, who figured prominently in the last few issues. And that last remark: “Will you ever outrun the shadow, Bart?”

It could simply be setting the dark mood that pervaded the beginning of Bart’s run. On the other hand, maybe they did have this planned all along.