Spotted a sundog last Wednesday (September 26), about an hour(?) before sunset. 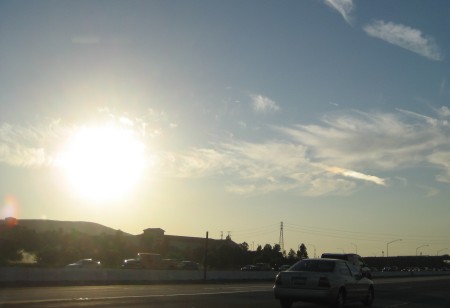 At least, I’m pretty sure that’s what it was, given the positioning, the brightness, and the reddish coloring on the end nearest the sun. The sharp edges of the reflecting cloud (a fragment of a contrail?) make it look a bit odd, though, like someone cut out a chunk of sunlight and pasted it into the sky.

Here’s a closer view from about a minute later. 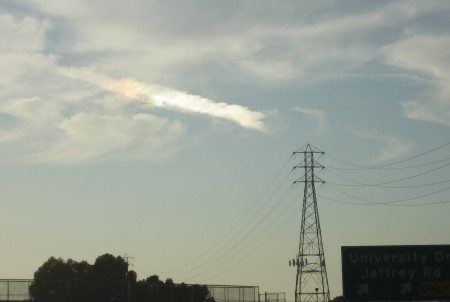 I was following my usual photo-while driving method of pointing the camera in roughly the right direction, click the button a bunch of times, and hope a few shots come out. (Hooray for digital cameras, where you can delete a bad photo instead of wasting film!)