Spotted this driving back from LA on Saturday, after Wizard World. 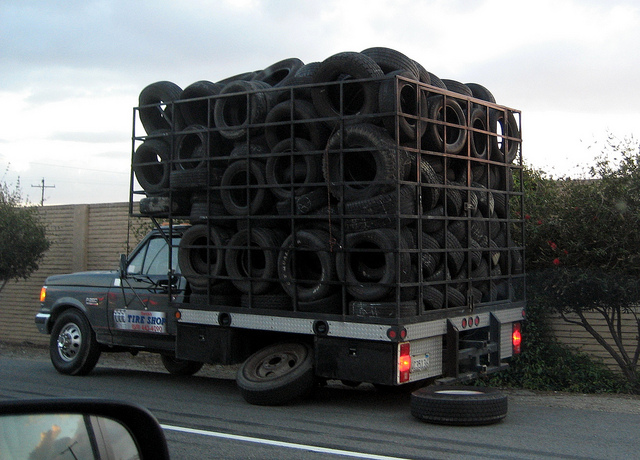 Well, I guess they don’t need to worry about finding the spare!

We both just sort of stared at it for a second or two. Was that really what we thought it was? Then I grabbed for the camera, snapped a shot that didn’t come out well, and handed it to Katie, who had a better view from the passenger seat.

Fortunately the traffic was terrible (now there’s something you don’t say very often) and we were able to get a shot instead of zooming past.