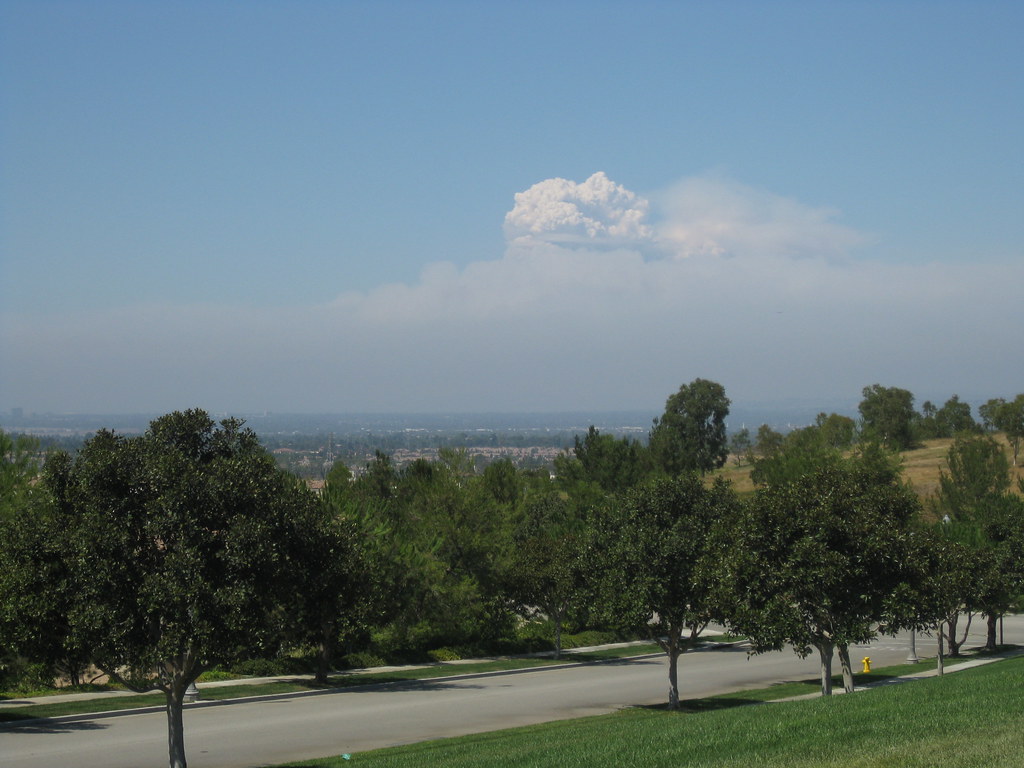 About 2:00 in the afternoon today, in a park in the Quail Hill area of Irvine. Roughly 50 miles away from the fire, perpendicular to the wind (thankfully!)

That puffy plume looks a lot whiter than the rest, which is clearly smoke, making me wonder if it’s a cloud that’s formed above the fire somehow. Edit: And literally seconds after I post this I spot the term pyrocumulous in another window. So, yeah, it’s a cloud produced by the air heated by the fire. The Wikipedia article has a picture of a cloud produced by this same fire a few days ago.